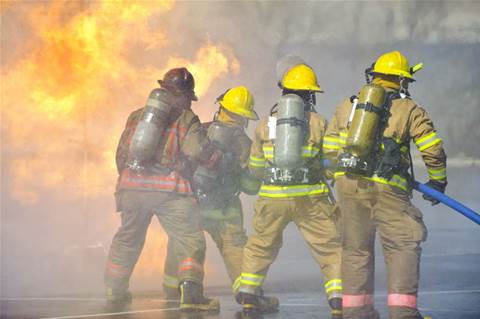 The Queensland Government has appointed an IT chief to lead a newly amalgamated emergency services support agency serving the Queensland Police Service (QPS) and Fire and Emergency Services.

Jenson Spencer was originally picked to fill the role left by former Department of Community Services (DCS) CIO Glenn Walker, who was poached by the Department of Science, IT, Innovation and the Arts (DSITIA).

But very soon after his appointment, he found his new workplace dissolved and all corporate services (including IT) within the emergency services portfolio radically restructured.

The Keelty Review into the state’s emergency functions, handed down in September, recommended the agency formerly known as DCS be disbanded and its functions spread into various other departments.

The Queensland Ambulance Service moved into the Health portfolio, and Corrective Services went to Justice.

What remained – Emergency Management Queensland and the state’s fire and rescue team – has now been bundled into a new Department of Fire and Emergency Services (DFES).

“The [PSBA] has been established and manages all human resources, financial management, legal and policy, media management, IT and strategic planning functions as well as holding the infrastructure, fleet and information and communication technology assets on behalf of QPS and QFES,” a spokesperson for the new body said.

Spencer's official title at the PBSA is still being finalised - as is the agency's shape and size - but he looks set to become the first ever Queensland emergency services CIO with the 15,000 strong police force in his remit.

The QPS was previously outside the boundaries of the community safety cluster. The move places a whole raft of new challenges before the young executive.

In his report, former AFP Commissioner Mick Keelty concluded that in IT terms the cops remained “years behind other police jurisdictions", due in part to deeply embedded inertia and cultural territorialism.

Spencer quietly joined the DCS in August, a month before Keelty’s findings were made public.

He arrived from rail freight company Aurizon, where he spent close to a year working on its outsourcing transformation as a project director.

His longest engagement has been with data centre and network provider iSeek, where he worked as an ICT service delivery manager for close to four years from early 2009.

He has also held IT roles at Virgin Blue, RP Data and Ballarat Health.

The future of the DCS $100 million payroll project

The PSBA told iTnews that despite the restructure, the Department of Community Safety’s $100 million consolidated payroll and HR information systems (HRIS) replacement would not be torn apart.

“The HRIS program is focused on providing a new solution for those entities which remain on the LATTICE system," the spokesperson said.

“It has been confirmed that the Queensland Ambulance Service, Queensland Fire and Emergency Services and Queensland Corrective Services will remain in scope for the program."

The QPS is not on the LATTICE system and therefore not in the scope for the program, which is due to be completed by June 2016.

QPS and DCS corporate services staff are currently in the process of being transitioned into the PSBA.

But the state has been reluctant to use the tainted term "shared services" to describe its reform.

Shared services has a chequered past in Queensland, including being partially blamed for the downfall of the health department’s botched payroll replacement.

More recently the Queensland Commission of Audit criticised the efficiency of whole-of-government shared services bodies and has recommended that their use be made optional and exposed to private sector competition.