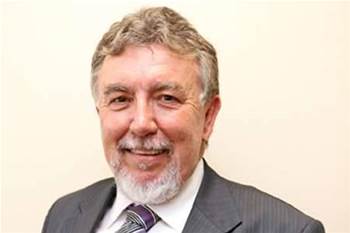 The Queensland Government could be forced to spend up to $5 billion in the next three to five years to fix its 50 most vulnerable IT systems following a state-wide audit.

The audit, announced in May, has so far covered 600 IT projects and systems of a total 900 projects and 10,000 systems to be studied by October.

One in six systems were identified as "critically vulnerable" or “fragile”, meaning they were out-of-date, had declining vendor support or required massive upgrade investments.

Queensland Government chief information officer Peter Grant highlighted planning systems in the state’s Treasury that were “quite old, and run on platforms that are out of date, or not supported by vendors anymore”.

“Those planning systems are important, given that the Queensland government has issues with its Budget,” he told iTnews this week.

“We need to be good at the planning. The systems keep running but we don’t know when and if they are going to fall over, there will be anyone available for a fix. We have identified those as fairly high in risk issues.”

The Department of Housing and Public Works’ system for managing the state’s public housing stock, rentals and waiting lists was also flagged as one that would not be supported after 2015.

The system was built on SAP release 4.6, issued in 1998, with “heavily bespoke code changes”, Grant said.

“When [support] does run out, it will be difficult to continue to run much more than 12 months after that. To upgrade that system onto a new release, will cost $100 million because of the bespoke code. It’s one of our problems.”

Grant said his 33-person audit team had collected “a couple of gigabytes of information from every agency” to conduct an “empirical analysis” on the state of the government’s IT.

He expected about 50 systems to require upgrades that cost $100 million each — a steep bill, at a time when the government was looking for budget savings.

“What we found from the audit is that we have a synchronised set of issues. Funnily enough you could almost trace it back to the Y2K response,” Grant told iTnews.

“In the mid-90s in response to Y2K we put in place a bunch of new systems ... A lot of those systems have never really been addressed again, but as of today, some are more than 17 years old.

“There are a lot of them in that category, simultaneously reaching end of life. If you think of our financial position in Queensland, we have a real financial issue.”

Grant expected to submit an internal report on the audit to Queensland ICT minister Ros Bates by the end of this month, and a “strategic-level document” for Cabinet by the end of October.

He expected the report to identify where savings might be made, areas of major risk to Government, and any actions that should be taken.

“We would hope if it gets approved by Cabinet it will bring industry back into the game, early in 2013,” he said.

“They are kept out a bit at the moment, but we will open the shop up for business again quicker than any jurisdiction has in this change process. That’s our objective.”

Grant said there wasn't enough money to upgrade all systems in need, and flagged radical cost-cutting measures, including the exploration of new "architectures" for the State Government's 200,000 computers.

The majority of the desktops ran Windows XP, which Microsoft would cease to support after April 2014.

Grant said upgrading from Windows XP to Windows 7 — including upgrading applications and drivers, and training staff — would cost the government about $160 million, which he was unprepared to pay.

He revealed plans to establish a new environment for all government IT shops, that would avoid such upgrade imposts in future, so vendors would “not drive decisions over other things that we own to make it work”.

“That problem keeps happening over and over every time we have a major release from different vendors,” he said.

Grant said his team had already intervened to scrap the government’s massive identity, directory and email services (IDES) program, expected to consolidate about 80,000 email accounts onto an Exchange 2007 platform.

He said the rollout was a good idea when it kicked off but took too long to be implemented.

Grant said governments today should rely on cloud providers for email, noting that cloud-based email would cost a couple of dollars a person a month.

The scrapped IDES project promised to cost “more than six-times that rate”, he said, noting that Queensland would likely adopt cloud-based email before any other jurisdiction.