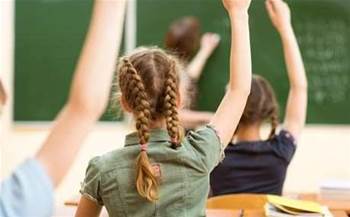 Queensland’s Department of Education and Training will buy 12,000 laptops from Data#3 to distibute amongst school teachers in the sunshine state.

The HP devices will be handed out under the state's long-running Computers for Teachers initiative, which aims to deliver a laptop to every permanent Queensland public school teacher working more than three days a week.

Under the ongoing program, laptops are replaced every four years, prior to the expiry of their warranty. Obsolete devices are disposed of in line with the state government's green ICT strategy.

The latest Computers for Teachers deal has been awarded following a competitive tender process, and will see Data#3 deliver its first shipment of laptops to teachers within the coming months.

"We are pleased to win one of the larger contracts in the state,” Data#3 chief executive Laurence Baynham said in a statement.

“We look forward to working with DET.”

The Computers for Teachers program was originally launched in 2007 as part of the Smart Queensland: Smart State 2005-2015 strategy, following a pilot program involving 1500 teachers held a year earlier.

While schools were originally offered a choice of Mac or Windows laptops, it has subsequently been changed to offer PCs only.

iTnews is awaiting further details from the department about the value of the deal.