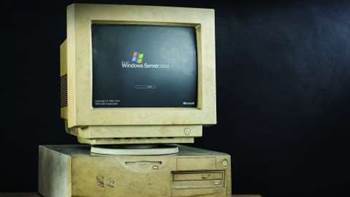 The Queensland state government is in the midst of an incremental upgrade that will banish out-of-date SAP finance software from its back office operations.

In 2012, government CIO Peter Grant’s audit of Queensland IT [pdf] uncovered a worrying volume of superseded and soon-to-be out-of-support legacy applications in agencies.

Grant estimated the replacement cost for the 15 highest-risk systems would be in the vicinity of $800 million, including a minimum of $77 million to migrate central corporate services provider Queensland Shared Services off its ad-hoc gathering of customer SAP instances.

Now, more than three years after the audit warned “a program to migrate these implementations to an alternate platform … must be implemented as a matter of some urgency”, the state has begun the process of shifting these agencies onto supported software.

QSS delivers back office finance, HR and payroll process to what Queensland calls its rest-of-government agencies - effectively the state’s public sector with the exception of the largest bodies, Health and Education.

Over time it has accumulated a diverse range of SAP instances from its customers, and is currently working to standardise this collection onto SAP ECC 5.0 before making the move to a more modern solution that is supported by the vendor.

In June last year it began the process of moving the eight agencies still using version 4.6C of the SAP finance suite onto version ECC 5.0, a program that is due to be complete this month.

Despite a SAP MaxAttention premium licensing deal, tender documents reveal the 4.6C instances are still “under limited" or only at "best effort" supported at the database and back-end technical layer.

The ECC 5.0 instances - similarly out of formal SAP support for more than a year - will be covered by an individual maintenance agreement with the German software giant that has been renegotiated for an additional 12 months to June 2017.

In the third quarter of this year, QSS will begin the next stage of the process: a lift and shift of all agencies off ECC5.0 onto “a more contemporary, flexible and scalable system and infrastructure".

The “like-for-like” technical upgrade will include SAP ECC, Portal, Business Warehouse, XI, SRM, GRC and Solution Manager, which QSS says “will be upgraded or replaced with their equivalent components”.

It is currently looking for a partner or a systems integrator to assist it through the process.

The shared services agency hasn’t specified its desired future technology platform, but says it plans to host the new solution on a Windows/SQL platform operated by state-owned infrastructure provider CITEC.

Tender docs emphasise that the upgrade is "to be completed as soon as possible”.

Once QSS has a supported finance suite in place, it plans to move onto more business process-oriented stages of what it has dubbed the “finance systems futures project”, including an end-to-end optimisation of how it runs its operations.