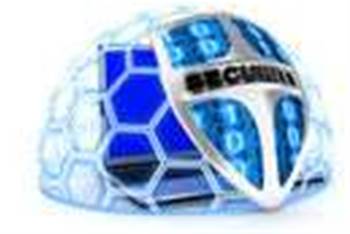 IronBee gambles on the kindness of strangers.

Qualys was inspired to start the project due to the rise in the use of web apps and the emergence of cloud computing, which together have opened up businesses to even more threats.

“No single company alone can fight the sophistication of attacks we are now facing,” said Philippe Courtot, chairman and chief executive of Qualys.

Akamai Technologies has already signed up, but there was no word on what products either company would commercialise at the end of the project.

Ivan Ristic, director of engineering at Qualys, told IT PRO the end goal is to produce an exceptional product that the company can take to market and he was not concerned about sharing code with competitors.

“There is certainly a risk for us for someone else to use the code and create a rival product, but we are willing to take that risk,” Ristic said.

“A large part of this project is going to be information sharing on threats, on what the bad guys are doing, etc.”

Although he could not give any precise figure, Ristic said Qualys has poured a significant amount of investment into IronBee, with three people working full time on the project and another threat researcher set to join soon.

By making IronBee open source, businesses will also benefit as any product coming out of the initiative would not lock firms in with the vendor, Ristic said.

Qualys hopes to have whatever comes out of the project in production by the third or fourth quarter of this year, Ristic said, pointing out “you have to make your money somewhere.”

“Open source doesn’t have anything to do with business,” he added.

Elsewhere, Qualys has been busy at the RSA Conference USA 2011, where the firm again indicated it is running a noticeably open operation.

Got a news tip for our journalists? Share it with us anonymously here.
Copyright © ITPro, Dennis Publishing
Tags:
akamaiapachefirewallironbeeopen sourcequalysrsasecuritytrendmicro