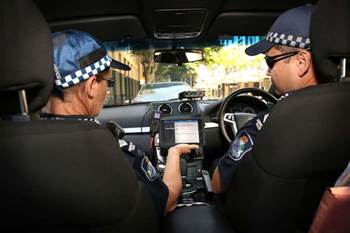 The Queensland Police Service has completed a year-long trial of electronic infringement notices by formally launching a new mobile application for officers to issue the fines.

It makes the state police force the first in the country to adopt electronic infringement notices.

The iOS-native QNotices app, which first debuted late last year, allows cops on the beat to record and send out traffic infringement notices electronically, rather than issuing them via handwrittten forms or through the post.

Officers can now issue the fines through email or MMS at the point of infringement, if an individual agrees to be notified this way.

The force is adopting a gradual approach to the rollout, starting with a small group of road policing command users initially and incrementally expanding out to all cops with QLiTE iOS devices by mid next year. It has around 5000 devices currently in operation.

The app also allows for automatic printing of infringement notices at the Department of Transport and Main Roads, removing the need for manual re-entry by TMR staff.

"This change will not only see a significant reduction in administration overheads for the QPS and other Government departments, it will provide the community with a 21st Century solution for the receiving and payment of fines,” acting assistant commissioner Dale Pointon of road policing command said in a statement.

The force expects around 10 minutes of processing time will be saved on average per infringement notice.