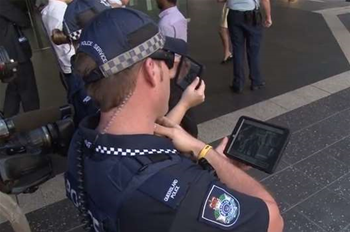 The president of the Queensland Police Union has called for an expansion to the state’s rollout of a $357 million digital radio network in order to protect officer’s communications from snooping.

The QPU this week handed a list of requests to police commissioner Ian Stewart and Premier Campbell Newman in the wake of heightened terror alerts.

It demanded that encrypted digital communications be expanded beyond metropolitan Queensland and that more iPads and smartphones be distributed to officers.

“I want everything available to police to be able to protect them,” QPU president Leavers said in a joint press conference with Stewart yesterday.

“I'm after the smart devices so we can communicate information as quickly as possible without having to rely on the radio network. Obviously there is the digital network which is also very important.”

Earlier this week he told reporters that police felt like "they are being left out in the cold”.

“As you would know, it is only within the Brisbane Metropolitan area that we have a digital radio network," he said.

“Around the rest of the state only specialist sections have access to it, so any person with a scanner or an app on their iPhone can listen to the information that is being relayed.”

Telstra has been contracted to build the state’s upgraded emergency services communications infrastructure, known as the Government Wireless Network (GWN).

It is working to have all emergency services staff involved in the G20 finance officials meeting in Cairns linked up this month, and everyone assigned to the G20 Leader’s Summit in Brisbane connected by the time it opens in November.

The network is due to be rolled out across the south east corner by 2016, but there are no plans at present to expand it into the regions.

Up to 1250 Queensland Police are also due to be given iPads with access to the states crimes database by the time G20 kicks off, but Leavers indicated he wants to see more.

“If police were to talk to someone in West End, who may be a suspect of reasonable concern, they would be able to take down their details and make all police in the state aware of that threat within seconds,” he said.

“We know we can get there, we just need the equipment.”

“There are a number of things that we are going to look at as a matter of urgency,” he said, adding that the agency had received an extra $1.5 million from the government to pay for its enhanced response.

Leavers acknowledged that his proposal would be expensive, but insisted it was appropriate in the current environment and the force has "got to keep up with the times”.