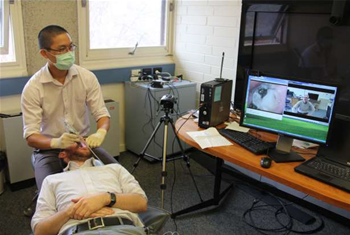 A panel of Queensland parliamentarians has urged the state government to lobby its federal counterpart to move remote and regional communities up the list of areas to be connected to the national broadband network.

The state’s LNP-dominated health and community services committee last Friday tabled the findings of its eight-month inquiry into the $30.9 million allocated by the state to expanding telehealth throughout Queensland.

The committee urged Health Minister Lawrence Springborg to push the Coalition Government to prioritise NBN connections to the far flung corners of Queensland in order “to provide better access to health services for Aboriginal and Torres Strait Islander peoples and other remote areas".

During dozens of interviews and a number of on-site visits, the committee heard that telehealth is not currently an option in many areas of Queensland, despite the significant potential benefits it offers to remote communities struggling with higher than average rates of chronic disease alongside travel difficulties.

The Central West hospital service is currently struggling to make telehealth usable in the western Queensland town of Bedourie, one of six selected trial sites.

Representatives told the committee that the services “cannot be used due to the absence of adequate infrastructure” in the area and surrounds.

In the Torres Strait, the committee reported telehealth services were often glitchy to the point of being clinically unusable.

“Chronic disease is a major contributor to the gap in mortality between Indigenous and non-Indigenous people.

“The committee considers that priority should be given to implementation of telehealth in ways that may have the greatest impact on health outcomes…the technical barriers to high quality telehealth in remote communities should be addressed with some urgency, particularly in those locations with a high proportion of Aboriginal residents and high rates of chronic disease.”

- Inquiry into telehealth services in Queensland

In the south-east corner (home to the bulk of the state), the video infrastructure enabling telehealth was described as “world class”, the committee reported.

But clinical incentives need to be spread broader in order to fully meet the potential of the technology, it said.

The parliamentarians recommended that the state lobby Canberra to include GPs and metropolitan residents with mobility issues on the list of video-based consultations that quality for a Medicare rebate.