Qld Health aims to be off XP in 12 months 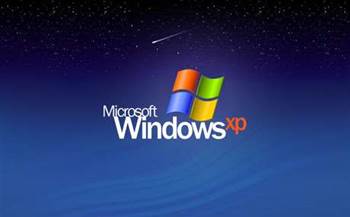 Speaking at an industry conference earlier this month, McCririck was frank about the state of IT in the state’s health system, but affirmed his commitment to reform.

“If we are not off XP, or we haven't sandboxed it into a corner in 12 months then we haven't worked hard enough,” he said.

The new IT chief, who took over operational tech duties for Queensland Health in January, complained that the mundane upgrade was holding the health system back from achieving more strategic goals.

“When I walked around the hospitals and looked at what was there, there are fantastic MRI machines and sophisticated kit for the clinical people. The worst piece of kit in most of these rooms was an old PC running XP," he said.

“We need to be doing strategic things, like interoperability and digital hospitals. But I cannot not do the upgrade of XP to Windows 7… We have to stabilise everything so it doesn't break, because we have to keep looking after patients.”

Windows officially terminated support for XP in April 2014, but is still offering extended support for some customers if they are willing to pay for it.

In his 2012 audit of the state government’s IT environment, then-government CIO Peter Grant estimated that just under half of all public sector computers were still using the superseded operating system.

McCririck estimated there were 50,000 machines running XP across Queensland Health, which employs roughly 80,000 staff including clinicians.

He said from now on he needed to aim to migrate more than 1000 a week.

“There was a team out at Roma [Hospital] and they were hitting about 700 a week, so we're not even hitting that target, we are are already behind,” he said.

The CTO lamented the scale of what needed to be done to get Queensland Health to where it wanted to be in terms of its digital capabilities, but said the job would come with greater-than-usual rewards.

“There are so many challenges in this space but so many opportunities to make a massive difference,” he said.