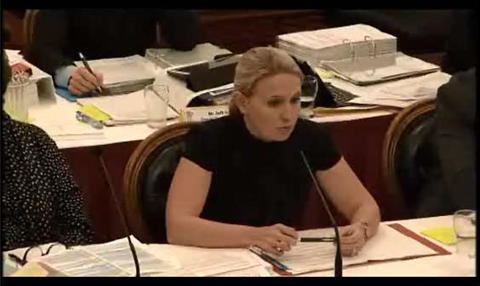 Queensland’s Education department has found another 270 reports of suspected child abuse it says may have been been blocked by a suspected firewall issue, preventing the alerts from making it through from schools to police and child protection agencies.

Earlier this month Education Minister Kate Jones revealed 644 reports made by school teachers and principals through the OneSchool system never made it to their intended recipients at the Queensland Police, due to problems with an update to the web-based reporting system implemented in January 2015.

The investigation subsequently uncovered 27 more lost reports, which raised alarm because they affected reporting channels not previously thought to have been impacted.

The discovery opened the possibility the issue could have been blocking the critical child safety alerts as far back as September 2013.

In the weeks since, officials within the department have been manually combing through thousands of reports made between September 2013 and today, comparing sent emails with reports received by the QPS and Department of Communities.

Education director-general Jim Watterson said the precise figure was more like 270, but cautioned against the temptation to “catastrophise” the number, which he said was a preliminary figure.

“We have to check [messages] weren’t conveyed in any other ways,” he said.

However, Jones said based on this advice "it is likely that some of the reports in this timeframe failed to make it through to the authorities”.

One of the major obstacles blocking the manual review is the tape storage holding a lot of the correspondence, which is delaying search and retrieval.

The minister conceded she could not guarantee all of the children mentioned in the reports were now safe, even though they had since been referred to the Department of Communities.

“I would love to sit here and say there was a short, quick way to get to the bottom of every single one of those reports quickly  - but it is an arduous process,” she told the committee.

The department has called in Deloitte to conduct a thorough review of the missing messages and what went wrong with the testing procedures around OneSchool, which will cost the state $1 million.

Former Department of Education CIO and acting deputy director-general David O’Hagan has already stood down during the course of the investigation, citing a “conflict of interest”.

A contractor employed in a coding capacity and an Department of Education employee responsible for testing have also been stood down.

Jones pointed the finger at what she described as an environment of austerity hampering the operations of the department at the same time the OneSchool child safety reporting module was being built.

She claimed 165 IT workers were cut from department by the then-LNP government between June 2012 and June 2013 - which was compounded by the announcement that it would be expected to implement the OneSchool modules in response to the Carmody Review into the state’s child protection systems.

She called the timing of the cuts “deeply concerning” and said Education received “not one cent” of the $406 million allocated to addressing the recommendations of the review.

“The department has to absorb that cost in house in order to implement those reforms ... in an environment when we had significant cuts."