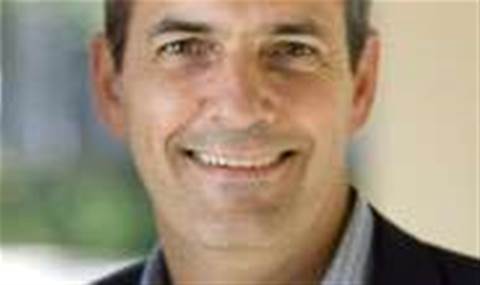 On the data centre challenges facing IT managers, why IT service provision is changing and what problems will it present to IT managers

Virtualisation and software-as-a-service (SaaS) are two methods touted as surefire ways to reduce power consumption, and IT management costs. Computing talked to Sun Microsystems chief information officer (CIO) Bob Worrall about how datacentres could be affected by these technologies.

Do you think virtualisation, while being able to save network and datacentre managers money, presents a large management headache?

Bob Worrall: This particular part of the industry is still evolving and the entire landscape is changing, and until graduate students leave university with virtualisation as part of their DNA, then it can’t be considered mature. Anytime you take a technology that can compress more and more servers and applications, then you need to think deeper and have a different viewpoint. There is the possibility that consolidating more and more servers as virtual machines running on far fewer systems does create a situation where these systems become more critical and need more management. We’re trading off part of the cost savings by having a tad more complexity in how you manage these systems.

Do you believe the scenario proposed in Nicholas Carr’s latest book The Big Switch, that all IT will be outsourced and reside in the cloud, in the same way that electricity generation developed in the last century?

Without a doubt I believe the basic proposition that the old way of services and servers is becoming a thing of the past. One of the problems with this new way of outsourcing applications is top executives belief that their firms' critical back-office data is somehow less secure. However, if I ask these people: "Who runs your payroll application today?" my next question to them is that if you can trust someone to run your most trusted application – what leads you to believe you can't run the rest of your IT similarly? However, I believe the IT environment of tomorrow will be based on the software-as-a-service model – it just won't be two large clouds somewhere used by all firms, and this new model for IT will lead to some challenges for IT managers.

What do you think the biggest challenge will be for IT managers?

The biggest one will be security, especially identifying individual users logging on to back-end or outsourced applications. We've overcome this ourselves by using federated identity and co-operating with our service providers. Our employees sign on once and it looks like they're accessing the system locally, but it could be many thousands of miles away. The second biggest challenge is that it's OK to outsource, for example, your payroll services, but if you're outsourcing lots of services, buying best-of-breed and stitching them all together into a single blended portal employees can access with single sign-on is what takes time for IT managers – you don't want to have four different portals which employees may have to sign on to.

How is the market for Sun's Modular Datacentre S20 - (originally codenamed Blackbox – a dataccentre in a shipping container) – shaping up?

We have many customers deploying these systems, and it's a fascinating conversation starter for us. What's interesting for customers is that Blackbox offers a temporary or permanent method of outsourcing services in a price-effective way. As an example, a US Department of Energy research laboratory, the Stanford Linear Accelerator Center in Menlo Park, California, has deployed one of these four times faster than it would take normally, and giving about 30 per cent extra compute power. Another interesting aside is that some firms have bought whole ships and are deploying multiple Blackboxes to create floating dataccentres.

Spinning disks are one of the hungriest power consumers in datacentres, could solid state storage (SSD) change all that?

We've introduced SSDs which have one-fifth the energy consumption at five times the storage density. The price of SSDs has been coming down year-on-year, but I couldn't "guesstimate" when spinning disk prices would exceed SSDs. Sun and our competitors are working hard on this and I think in a few years you're no longer going to see spinning disks in data centres.

What about a totally green data centre – could that happen?

I haven't seen an enterprise data centre going off grid yet, but there might be the capacity for augmenting 10 to 20 per cent of its capacity through solar and/or wind power.
Got a news tip for our journalists? Share it with us anonymously here.
Copyright © 2010 Computing
Tags:
a bob cio microsystems q software sun worrall
By Dave Bailey
Dec 22 2008
5:10PM