Putin says 'patriotic hackers' may have interfered in US election 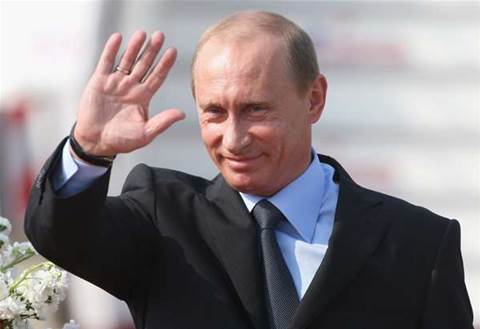 Vladimir Putin has characterised Russian hackers as patriots who, tired of the public lashing Russia regularly gets in international forums, have decided to take up arms and defend it through cyberspace.

“Hackers are free-spirited people, like artists", the Russian premier said at an annual economic forum in the Konstantinovsky Palace.

“They read something that is happening in interstate relations, and if they're patriotically minded, they start making their contribution."

Putin was responding to a question about alleged Russian interference in recent European and American elections, while categorically denying that Russia had ever engaged in “state level” hacking.

Deniability has always been an important aspect of Russian employment of hackers. In 2007, when Estonia was subject to a massive DDoS attack which took out public services and private enterprises all over the country, fingers quickly pointed towards Russia, which predictably denied involvement.

Two years later, responsibility was claimed by a group called Nashi, a nationalist youth organisation with ties to the Kremlin.

This distance from the Russian government is just close enough to send a clear, if unspoken message and just far enough to provide it with protection.

The challenge, according to Lawson, “is in proving a link between the Kremlin or other Russian state institutions with these organisations particularly given that any direction would be most likely in the form of broad guidance rather than specific targeting".

The comments come against a culture of heightened suspicion amongst western liberal democracies that their electoral processes are not safe from Russian interference. As the investigation into US President Donald Trump campaign's connections with Russia is reaching fever pitch, attention has rarely been so tightly focused on the possibility that democracies might be overturned by a few breaches.

Putin's comments “probably reflect an expectation that the FBI will at some point be able to link some of the election activity to infrastructure in Russia so better to get your excuses in early", Lawson said.

Got a news tip for our journalists? Share it with us anonymously here.
Copyright © SC Magazine, UK edition
Tags:
finance hack putin russia security us
By Max Metzger
Jun 5 2017
6:57AM