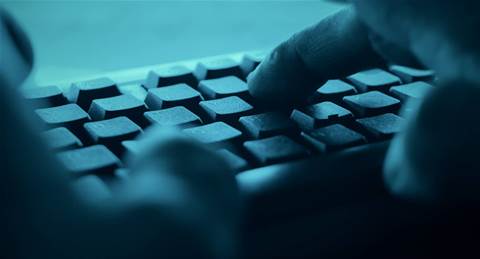 The Surveillance Legislation Amendment (Identify and Disrupt) Bill 2020 was signed off by the Senate on Wednesday morning after clearing the House of Representatives with 60 amendments [pdf] on Tuesday night.

With the warrants, both agencies can take control of a person’s online account to gather evidence about serious offences without consent, as well as add, copy, delete or alter material to disrupt criminal activity and collect intelligence from online networks.

Passage of the bill was recommended by the Parliamentary Joint Committee on Intelligence and Security (PJCIS) earlier this month alongside 33 changes that sought to limit the potential use of the bill and improve oversight.

Amendments to the bill brought by the government on Tuesday and supported by Labor, address 23 of the 33 recommendations made by the PJCIS, including reviews by the Independent National Security Legislation Monitor and the PJCIS.

“These are significant recommendations made in a bipartisan fashion by the PJCIS and I am pleased that the government has taken them up in the form of legislative amendments to this bill,” shadow home affairs minister Kristina Keneally said on Wednesday.

A further four PJCIS recommendations, including one that goes to the definition of a serious offence, have also been accepted by the government, but will be incorporated into the overhaul of electronic surveillance laws prompted by the Richardson review.

As part of its response to the review released in December, the government agreed to replace legislation governing the use of computer access and surveillance devices powers with a single Electronic Surveillance Act.

Keneally said while the bill has been made “better” as a result of the amendments, Labor remained concerned that the “extraordinary powers” will – at least initially – extend to all crimes that carry jail time of three or more years.

Labor first raised this concern during the PJCIS review by trying to limit the legislation to only child abuse and exploitation, terrorism, the sale of illicit drugs, human trafficking, identity theft and fraud, assassinations and the distribution of weapons.

“The intelligence and security committee heard concerns from experts that this is too broad a focus for these powers and encompass too many minor offences, and that’s why Labor added additional comments to see that this bill is tied to serious offences,” Keneally said.

“It would be an important constraint on the use of these new warrant powers and it would limit the application to offences that carry a maximum of at least seven years in jail and other specified offences.

“However, I do note… that the government is progressing the recommendations of the Richardson review and this will go some way to addressing this concern.”

Further amendments to the bill brought by the Greens and independent Senator Rex Patrick on Wednesday were rejected.

Green Senator Lidia Thorpe described the bill as “terribly flawed” and “problematic”, cited comments in the Richardson review that existing powers were adequate, and criticised the lack of time to consider the government’s amendments.

“Unsurprisingly, the two major parties are in complete lockstep with each other and they are leading us down the road to a surveillance state,” she said.

“In effect, this bill would allow spy agencies to modify, add, copy or delete your data with a data disruption warrant; collect intelligence on your online activities with a network activity warrant; [and] take over your social media and other online accounts and profile with an account takeover warrant.”

“What’s worse, the data disruption and network activity warrants could be issued by a member of the Administrative Appeals Tribunal – really?" she said.

"It is outrageous that these warrants won’t come from a judge of a superior court that is appointed on their personal capacity.”

In a statement, Home affairs minister Karen Andrews said the legislation would ensure authorities have the tools to tackle serious criminal activity occurring online, including on the dark web.

She pointed to Operation Ironside, the huge ANoM bust earlier this year that resulted in the arrests of more than 290 people, as a reason for the need for the new powers.

“[Operation Ironside] confirmed the persistent and ever evolving threat of transnational, serious and organised crime – and the reliance of these networks on the dark web and anonymising technology to conceal their offending,” she said.

“In Operation Ironside, ingenuity and world-class capability gave our law enforcement an edge.

"This bill is just one more step the government is taking to ensure our agencies maintain that edge."