Playbook to sync with Microsoft Office 365 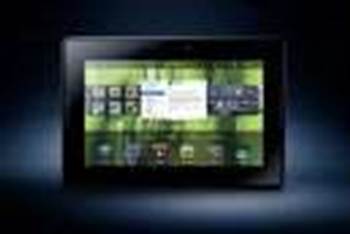 Research in Motion (RIM) has confirmed its flagship tablet device will be capable of syncing with Microsoft’s upcoming cloud suite.

The company announced the move yesterday, which will give its PlayBook tablet the ability to access Office 365 cloud services.

The major selling point of the partnership is the ability to move BlackBerry Enterprise Servers, which normally reside within the office, offsite and enabling them to link up with Microsoft’s cloud.

RIM claimed this model would help businesses save money – including the operational expense of running the systems in-house – and increase productivity, with the likes of Microsoft’s Exchange Server becoming accessible from the PlayBook on the move.

The joint venture between RIM and Microsoft is only in its early days and the service is still being tested. However, with Office 365 expected to fully launch at Microsoft’s partner summit in July and the PlayBook thought to be hitting the shelves in a matter of weeks, it shouldn’t be long until businesses can trial it for themselves.

Jim Tobin, senior vice president of the software and business services unit at RIM, told the Wall Street Journal: "We're embracing it in a big way, and we're going out jointly with Microsoft to all of our customers.”

RIM faces tough competition in the tablet space with the launch of Apple’s iPad 2. However, the company is hoping the PlayBook will appeal to the corporate market more than its consumer rivals, and a partnership with enterprise favourite Microsoft may help add to this reputation.

We got a guided demo of the PlayBook during Mobile World Congress so check out our video below.

You can also read our first look review of RIM’s PlayBook here.

Got a news tip for our journalists? Share it with us anonymously here.
Copyright © ITPro, Dennis Publishing
Tags:
365officeplaybooksoftwaresynctowith