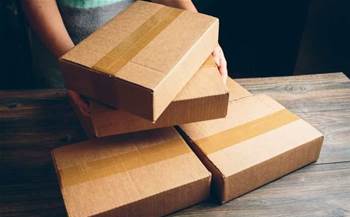 Global shipping and postage giant Pitney Bowes has had its operations disrupted by ransomware, with customers being unable to access some of its services.

Pitney Bowes was affected by a malware attack which impacted some systems & disrupted client access to some of our services. We apologize for any disruption to your systems. We are working to restore affected systems. Please visit https://t.co/ixUa5FCGUQ for updates.

It is also not possible to access SendPro Online in the UK and Canada, or the 'Your Account' page for customers and the Pitney Bowes Supplies webstore.

Mail360 Scans and MIPro Licensing are also down, the company said, with the Software and Data Marketplace being unavailable.

Fulfillment, delivery and returns clients of Pitney Bowes' Commerce Services were also impacted by the ransomware attack, the company said.

Pitney Bowes said it had not seen evidence that customer accounts or data had been impacted. It said it is working to restore the affected systems.

iTnews has sought comment from Pitney Bowes for further detail on the number of systems affected, and the type of ransomware involved in the attack.

The attack left the company without no IT systems worldwide, forcing it to reinstall its entire enviroment, with 4000 new servers and 45,000 PCs, as well as 2500 applications in 10 days.

Maersk estimated the damage from the attack to reach up to US300 million.