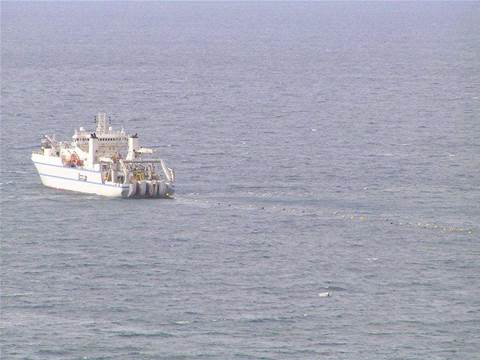 One-off revenues to be replaced with income from operations in the second half.

Pipe Networks was on track to turn over nearly $100 million this financial year following a strong result in its first half, it said.

The builder of the 6900 kilometre PPC-1 submarine optical fibre cable between Guam and Sydney said it made a $16.6 million net profit after tax in the first half of the financial year, mostly from one-off events in its overseas operation ($10.1 million profit) on a 130 percent lift in revenue to $55.4 million.

Pipe projected a profit of $23 million to $25 million by the end of the financial year from $94 million to $98 million revenue.

Pipe, which was set to merge with Australian ISP TPG, said the near trebling of profit on the same period a year before ($5.5 million) was due to revenues from indefeasible rights of use contracts ($14.9 million), sale of its Papua New Guinea spur ($7.4 million) and foreign exchange gains ($1.4 million).

He expected leasing customers, which "contributed minimal revenue" and profit in the period owing to the completion of the link in October to make "solid contributions" until the end of the financial year.

The company said domestic saleable fibre capacity grew 16.2 percent and utilisation rates lifted 25.6 percent (22.4 percent in December, 2008). That and recurring income lifted revenue 20.7 percent to $22.7 million from the same period a year before.

"Utilisation rates are expected to improve as sales activities are focused on securing additional revenue from existing capacity," Pipe said.

Figures at a glance