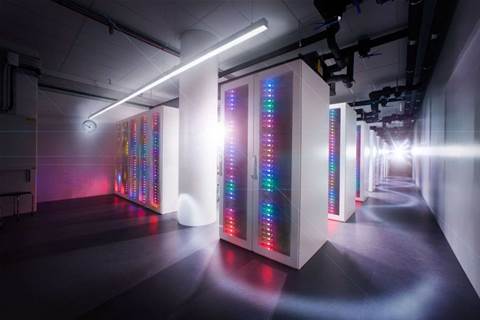 Swedish Internet service provider ﻿﻿Bahnhof﻿ has a track record for building eye-catching data centres, such as its ﻿Pionen ﻿facility in the White Mountains. Visiting there is like dropping into a James Bond villain's fantasy.

The latest creation from the style-conscious company is its Thule data centre. ﻿Featuring an on-premise night club, myriad disco lights, ﻿'No Latency' beer and an ornamental Wikileaks' server, it's quite unlike any other data centre we've laid eyes on.

The facility is located in close proximity to Sweden's finance, media and business centres.

It also has a power usage effectiveness (PUE) rating of 1.2﻿ courtesy of a cooling system that is also used to warm nearby housing and offices in Stockholm.

The very European ﻿﻿disco-themed aesthetics straddle a fine line between stylish and gaudy, but it's hard to argue with free beer.

Click on the link above for a guided tour.