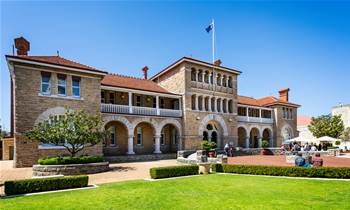 The Perth Mint has appointed mining IT veteran Brad Wearn as its first chief information officer in preparation for an organisational-wide cloud transformation.

Wearn took up the new position at the WA government-owned Mint, which doubles as the federal government’s official gold and silver bullion coin producer, last month.

He comes to the role with significant experience in the mining sector, including ten years as the CIO of BHP Iron Ore and more than four years at South32.

At the Mint, Wearn will be tasked with driving an organisation-wide transformation that involves adopting a platform-based approach to business technology solutions.

“We’ll be transforming from a traditional in-house application and infrastructure-focused team to one that embraces platform thinking and drives the business adoption of strategic digital platforms,” he said.

“We are adopting Microsoft’s Power Platform. That will be cool to enable the ‘citizen developer’ in Gold Corporation,” he said.

“We are looking for individuals with strong work ethic, resilience and being personally accountable for outcomes on our team, so if that sounds like you then we would love to have you onboard,” he said.

Wearn is the father of Matt Wearn, who took out the gold medal in the men’s laser sailing class at the Tokyo Olympics.