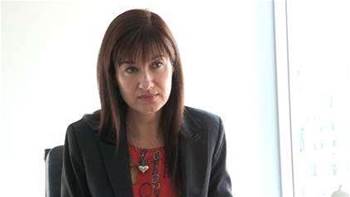 Updated: After shifting IT services to Fujitsu.

Former chief information officer Jenny Levy was made redundant as of 17 May, FST Media reported yesterday.

Perpetual's $68 million deal with Fujitsu saw its IT headcount reduced from 120 to 30.

Levy told iTnews in February that the smaller in-house team focused on strategy and architecture, governance and commercial management.

Perpetual's IT restructure was part of a wider "Transformation 2015" initiative that was expected to result in 580 job cuts by the end of this financial year and yield $100 million in savings over two years.

A Perpetual spokeswoman said it had combined its IT and operations functions under a new General Manager, IT and Initiatives role, which would report to chief financial officer Gillian Larkins.

"This new combined structure provides a more effective team for the new Perpetual organisation post IT Transition, to deliver the next phase of IT transformation," the spokeswoman said.

Aurisch reported to Perpetual's group executive of superannuation and operations, Michael Miller, at the time. He was replaced by Levy in January last year.

Larkins joined Perpetual from Westpac in October 2012 as Group Executive of Transformation, and was appointed CFO on January 7.

"There’s so much that has been achieved in IT at Perpetual in the last year or more and I am really pleased to have led the company through this phase of IT Transformation," she told iTnews.

"Perpetual are moving into the next IT phase and I am very supportive of their move to place a GM of IT & Initiatives reporting into the CFO.

"Gillian is a very capable CFO, experienced strategic and senior leader. It’s the right direction for Perpetual now that they have outsourced to Fujitsu."

Updated on 23 May at 1.40pm to include Jenny Levy's comments.