Perpetual outsources IT to Fujitsu 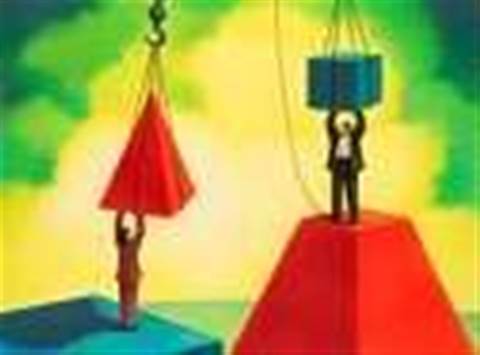 Financial services firm Perpetual has signed a five-year, $68 million deal with Fujitsu Australia for outsourced IT infrastructure and application services.

About 100 internal IT staff will be affected by the agreement "post full transition", with only a "small retained IT team focused on governance and vendor management", Perpetual said (pdf).

An undisclosed number of Perpetual's IT staff have been offered work with Fujitsu.

"We have worked with Perpetual and they've advised us of a number of key personnel that are required, and we're making those people offers of employment," Fujitsu NSW general manager of sales Martin Clarke told iTnews.

It was unclear how many would be made redundant.

Perpetual told analysts today that it had adopted a new "take not make" approach to IT systems, and moved to make IT a "more variable cost base".

The IT outsourcing agreement is to be executed in three stages.

Migration of infrastructure and applications to Fujitsu is to occur in the send half of FY13, with final transition and handover completed by the fourth quarter of that year.

A two-stage IT system simplification program of work is to follow in FY14.

Fujitsu's Clarke told iTnews that while there would be some "lift-and-shift" of Perpetual's existing environment into the outsourcer's data centres, certain platforms had been earmarked for a more immediate transformation.

"As we start running the services there is transformation required of the existing environment," he said.

"There are some environments that we will transform in situ, before we move them, there's some which are lift-and-shift and some we'll actually build a new environment [for] and sunset the [existing] platform."

Clarke said Fujitsu "had an idea" which platforms were candidates for in situ transformation, but noted decisions were yet to be finalised.

Perpetual's data would be migrated either over-the-wire or by being physically moved into the new data centre environment.

The outsourcing agreement followed a "formal evaluation of all ... existing IT arrangements" that Perpetual kicked off in the second half of FY12.

Perpetual called a request for proposals to manage its IT infrastructure "including hardware, networks and application software", it said in financial statements.

The IT outsourcing agreement forms part of Perpetual's Transformation 2015 strategy, which is primarily aimed at cutting costs.

Perpetual said at the unveiling of Transformation 2015 in June that it would see "around 580" full-time equivalent roles cut by the end of FY13.

"The initial priority of the Transformation 2015 is to achieve a simpler, leaner and more efficient corporate structure and refocus the company on activities where Perpetual has a substantial competitive advantage," CEO Geoff Lloyd said at the time.

The Fujitsu deal did not appear to be the end of outsourcing under Transformation 2015.