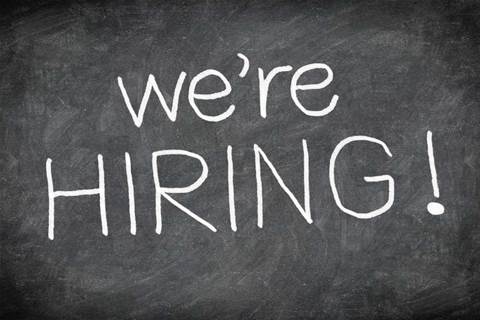 The US military is looking to hire 3000 cyber security professionals over the next nine months in order to beef up resources at its Cyber Command armed forces infosec unit.

It also performs cyber attacks against adverseries as well as network defense operations, and has an annual budget of around US$509 million (A$661 million).

The command's leaders recently successfully lobbied the US Government to rubber-stamp the hiring of 3000 new workers to its 1100-strong workforce, which five years on is still not fully staffed.

Head of the Cyber Command, Admiral Mike Rogers, told a US House committee last week [pdf] that the unit had been built by "cutting manning to the bone" and "initially sacrificing vital support functions and institutional infrastructure to build mission capabilities as fast as possible".

"Our command is growing and operating at the same time, performing a multitude of tasks across a diverse and complex mission set," Rogers said.

He said the command had a target of around 6200 personnel across 133 teams to be operational by the end of fiscal year 2016.

"We are already hard pressed to find qualified personnel to man our [cyber mission force] rosters, to get them cleared, and to get them trained and supported across all 133 teams," he told the House committee.

"Where we need help from you is with resources required to hire personnel to fill the team seats as well as necessary operational and strategic headquarters operations, intelligence, and planning staffs, facilities where we can train and employ them, and resources to properly equip them."

The 3000 extra positions Rogers has been given approval to hire will span strategic and vulnerability analysis, incident handling and response, program management, cyber exercise facilitiation, vulnerability detection and analysis, network and systems engineering, and enterprise architecture, among other skills.

Rogers said the increased headcount would be needed to counter growing cyber attacks by nations, state-less groups and individuals.

"The cyber strife that we see now in several regions will continue and deepen in sophistication and intensity," he said.

"In light of our recent experience with the destructive attacks on Sony Pictures Entertainment, we expect state and unaffiliated cyber actors to become bolder and seek more capable means to affect us and our allies. Sadly, we foresee increased tensions in cyberspace."

The new team members would be "digital natives" and have consideration of cyber issues at the forefront of their thinking.

"I have no doubt their perspectives will differ from our own, and that they will see solutions to problems that vex us now," Rogers said.

The Pentagon recently added cyber security to its guidelines for buying weapons, to be released next month.