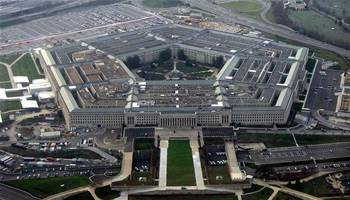 The Pentagon wants to find a better way to watch social-networking sites to keep an eye on uprisings such as those that have reshaped the Arab world.

Formal proposals sent out by the Defense Advanced Research Projects Agency (DARPA), the research arm of the US military, have called for computer scientists to explore methods that would spot emerging events on sites such as Facebook and Twitter.

The procurement document said the $US42 million programme's goal was to “develop a new science of social networks built on an emerging technology base”.

In particular, the Social Media in Strategic Communication programme was expected to develop “automated and semi‐automated operator support tools and techniques to detect, classify and track the formation, development and spread of ideas and concepts”.

Tools developed under the project would also “identify participants and intent, and measure effects of persuasion campaigns”, the document said.

"Events of strategic as well as tactical importance to our Armed Forces are increasingly taking place in social-media space," DARPA said.

"We must, therefore, be aware of these events as they are happening and be in a position to defend ourselves within that space against adverse outcomes.”

The call to arms came days after the UK government claimed terrorist groups were trying to "invade Facebook", in a Home Office report.

Got a news tip for our journalists? Share it with us anonymously here.
Copyright © Alphr, Dennis Publishing
Tags:
interceptionpentagonsecuritysocial networks