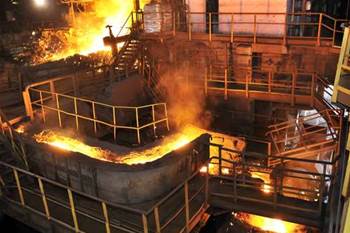 A job advertisement for maintenance staff in Brisbane indicated that Macarthur would keep its existing Ellipse ERP system in the short-term, but the platform's days are numbered.

"Responsibilities [for the maintenance role] will initially focus on managing the effective use of the Ellipse maintenance management system through deployment of consistent maintenance processes," the advertisement stated.

"Focus in time will shift to being the key maintenance interface in the Ellipse/SAP transition project."

A Peabody Australia spokeswoman declined to comment on the transition project.

Little has been said publicly about Macarthur Coal's Ellipse implementation, although it is known the project wasn't without implementation challenges.

The company commenced a "remediation project" for the ERP implementation in late 2008 using Agile methodologies.

Macarthur's chief information officer at the time, David Rose, assumed responsibility for the remediation work, allegedly on the basis that the "implementation to the point of David's arrival had not met business expectations".

"There was increasing frustration around why the solution was not performing," according to a promotional biography of Rose.

"Having executed Agile projects in previous roles and seen the benefits, David (with Board support) re-launched the project using pragmatic Agile methods to deliver the outcome – a project delivered to scope, under budget and on schedule."

The Australian instance of that system is a localised version of the global template. It was rolled out over a 16-month period and went live in May 2011.

The system covers nine sites across Peabody's Australian operations, including seven mine sites.

Porting Macarthur Coal onto SAP could add at least another three sites to the local SAP implementation.

The mines produce coal that is mostly exported for use by steelmakers.