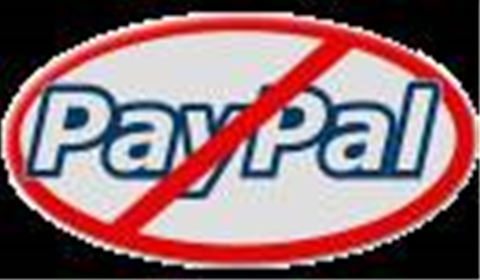 The hijacker broken into the account and posted links to www.paypalsucks.com, a website which hosts alleged war stories from PayPal customers.

The PayPal Twitter avatar was defaced and the account tweeted “PayPal can freeze your funds for no reason. Do not use PayPal.”

PayPal regained control some hours later and apologised “for the bad language and childish nature of tweets” sent from its hijacked account.

“This account was hacked earlier. We have it in our control now. Your personal data is still 100 percent safe, hack occurred on Twitter not PayPal,” the company said in a tweet.

The attack came on the heels of a hijack of the Fox News Politics Twitter account which was used to post updates about the fake death of US president Barack Obama.

Yahoo News reported that the US Secret Service was investigating the Fox News hack.

Sophos senior security advisor Chester Wisniewski said the accounts of large organisations may be vulnerable to hijacking if they were administered by multiple users.

“Most social networks were designed for use by individuals and don't offer enterprise-grade security options with granular permission controls,” Wisniewski said.

“If the password is shared with enough people, someone will misplace it, or use something [that] everyone can remember."