Pay rises may take a dive 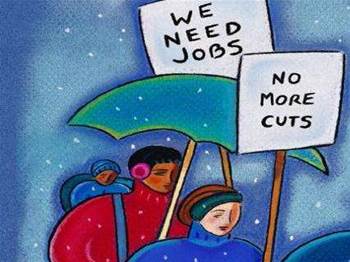 Merit pay increases for next year may be as much as 25 percent less than previously thought as the economic crisis starts to bite, according to data released today.

A survey conducted this week by Business & Legal Reports indicates that the average merit pay increase slated for next year in the U.S. is now 2.80 per cent. That’s down almost 25 per cent from the 3.71 per cent increase employers reported in June, it said.

As recently as early October, the research firm claimed that several national salary and benefits surveys were still showing that planned pay increases would hold fairly steady next year.

But that was before the Dow Jones Industrial Average plunged more than 2,272 points between October 1 and October 16. Despite a small rebound at the end of the month, markets remain shaky, and the economy continues to face uncertainty, it said.

"The current economic turmoil appears to have claimed yet another victim—pay increases planned for 2009,” said BLR CEO Bob Brady.

“To see a 25 per cent drop in salary increases in the space of just a month is unheard of. Let's hope that the markets calm down and confidence improves, but even if they do, BLR expects that most organisations are likely to follow through on these reduced percentages.”

The survey also found that 38.5 per cent of the respondents are changing their pay budget plans because of the economic situation, and another 32.5 per cent said that changes are “under consideration.”

Only 23.6 per cent said they are not changing their pay budget plans.

Will this happen in Australia? Have your say by filling out the 2009 iTnews jobs survey.