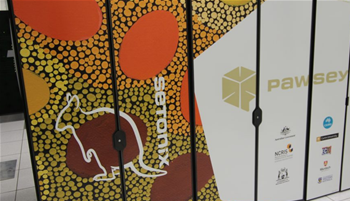 The 500 nodes represent the first phase of the HPC rollout.

Setonix offers double the compute power of its predecessor Magnus, which entered service eight years ago.

It also provides a tenfold upgrade to Pawsey’s network, the organisation said in a statement.

Setonix will use the Acacia object storage system, which Pawsey said will let researchers move data faster between long-term storage and the HPC environment.

The centre is now decommissioning Magnus and the 2017-era Zeus. Once these are removed, Pawsey will have space for Setonix Phase 2, currently shipping to Australia.

When it first announced Setonix, Pawsey said the HPC would support 1600 researchers and be “30 times more powerful than Pawsey’s existing systems, Magnus and Galaxy”.

User training for Setonix is now under way.