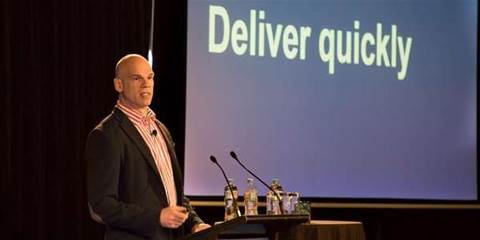 The Digital Transformation Agency's founding CEO Paul Shetler has handed in his resignation after being moved sideways into the role of chief digital officer in a leadership reshuffle last month.

In his note to his team he said it was time for a change.

Shetler was brought in to lead the then-Digital Transformation Office in July 2015 from the UK government's digital service unit, on which the local agency is modelled.

He was given the task of overhauling all customer-facing digital service delivery in the federal government, and answered directly to then-Communications Minister Malcolm Turnbull.

He spent almost a year-and-a-half in the role until a restructure in early October saw the DTA renamed and its remit expanded to include the last IT functions held by the Finance department.

Shetler was moved into the role of government chief digital officer, while control of the DTA was given to O'Loughlin, a long-time public servant, for a three-month period

Shetler's next moves are unclear.

“Paul’s wealth of knowledge and international experience in the field of digital services has been invaluable to the government’s digital ambitions,” O’Loughlin said in a statement.

“His creativity and vision have been a great inspiration and have been crucial in helping the government to deliver the first phase of its digital transformation agenda.

“On behalf of the agency, I thank Paul for his significant contribution and wish him well for the future.”

She said the DTA would recruit a new chief digital officer next year.

Updated to include O'Loughlin's comments