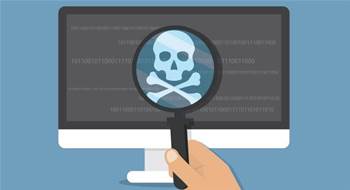 The two zero-day vulnerabilties are both privilege escalation bugs that require attackers to be logged on locally.

Microsoft said that a locally logged-in attacker could run a specially crafted application to take control of the computer system.

A total of 80 vulnerabilities are patched in this month's set of security fixes, 17 of which are rated as critical.

The Remote Desktop Services feature used to administer computer systems continues to throw up security issues, after the recent wormable Bluekeep and Dejablue vulnerabilties were discovered.

Microsoft is also patching a privilege escalation vulnerability in the Windows Update Delivery Optimisation (WUDO) feature that is used to limit the amount of bandwidth used for updates, by fetching them from peers on the same network that already have the fresh code.

Attackers can abuse the bug to overwrite files that they would not normally have permission to access.

Windows shortcuts, or .lnk files, can be exploited to for remote code execution, Microsoft said in its advisory.

"The attacker could present to the user a removable drive, or remote share, that contains a malicious .LNK file and an associated malicious binary.

"When the user opens this drive(or remote share) in Windows Explorer, or any other application that parses the .LNK file, the malicious binary will execute code of the attacker’s choice, on the target system," Microsoft said.

On top of the Windows operating system, Microsoft released patches for its Internet Explorer and Edge browsers and the ChakraCore scripting engine.

The software giant's Office productivity applications, as well as Exchange Server, Skype for Business and Microsoft Lync were also patched, along with the Yammer and Team Foundation collaboration products.