Parliament to have one stop IT shop by end of year 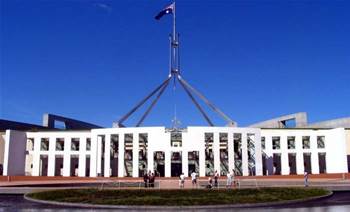 A one-stop shop for ICT services in Parliament House is scheduled to be running in time for the restart of parliament following this year's general election, the Secretary of Department of Parliamentary Services (DPS), Carol Mills, revealed at Senate Estimates this week.

The one-stop shop initiative arose from the Roche Review and will result in significant change to the way in which ICT services are planned and provided to all users of the Parliamentary Computing Network and occupants of Parliament House.

The first meeting of the Parliament’s newly established ICT Advisory agreed to a set of strategic themes around which the plan will be finalised, with a draft ready before the end of June.

These covered ICT initiatives to help Parliamentarians in their work, and to better support the role of Parliament and institutions through ICT innovation and improving internal expertise, Mills said.

Mills and her recently appointed CIO, Eija Seittenranta also had to field a number of grievances and concerns from Senators.

The two most significant were a continuing lack of fixes for shortcomings with Microsoft’s Lync unified communications product which could expose a user’s system to unauthorised access, and alleged use of the Parliamentary Computing Network for deceptive political uses.

Back in August 2012, DPS fielded a series of complaints by staff that inadvertently selected an option that made their calendar information "accessible globally" to Australian Parliament.

Though staff education was mooted as a potential response, it was only part of the solution as DPS also chose to reset Lync’s mailbox and calendar settings to a default setting on a weekly basis to reduce, if not eliminate, the issue.

“There is still an ability for individual users of the Microsoft products to change the default settings on an individual basis - for example, to give other members and their officers access [to their calendars],” Seittenranta said.

“Some of those settings – if used incorrectly – can open broader access. So the weekly resetting is to bring the default settings back.”

In response to a question from Victorian Senator Michael Ronaldson whether the next version due to roll out would fix this, Seittenranta offered little comfort.

"My understanding is that ... the same issues still exist on how Microsoft configured the product to allow users to change some of those settings," she said.

Seittenranta has also commenced an investigation into allegations an internet user on the parliamentary computer network is posting pro-Labor messages under Colac Herald stories.

Comments from as many as nine pseudonyms can all be traced back to a single IP address, according to allegations aired by the paper last week.

Though Seittenranta expected to be able to find which computer had used the offending IP address, she noted that tracking down the user or users responsible could prove more difficult.

The investigation is expected to be completed within a week.