Page's Google is about 'Love and trust' 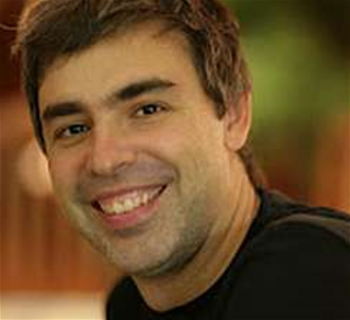 And more pie for everyone.

Google CEO Larry Page has released a lengthy memo to investors stating that he understands that big companies are “not well-loved”.

“We have always wanted Google to be a company that is deserving of great love. But we recognise this is an ambitious goal because most large companies are not well-loved, or even seemingly set up with that in mind,” wrote Page under a subtitle "Love and Trust" in a new manifesto released Thursday via his Google+ profile.

The “Don’t Be Evil” mantra that once rang true in Google’s early days has in recent years been torn to shreds by critics as Google has grown from the simple, helpful search engine to the biggest information mine in the world.

Wired's Ryan Singel once defended Google’s trustworthiness in the face of its attack by a US consumer watchdog because of the walls it placed between its various products.

Yesterday he retracted that defence, citing Google’s latest inter-product user-data sharing policy as a product of Google's fear of being overshadowed by Facebook.

“Google is afraid of being eclipsed in public opinion by Facebook,” Singel wrote, describing Google’s ambitions to give users their mega-profile “creepy”.

“Scared companies make decisions that are often bad for their long-term prospects, and worse for their users,” he continued.

Page's new memo also followed a favourable interview with Bloomberg yesterday, in which he accused Facebook of double-crossing the company.

"I mean, our friends at Facebook have imported many, many, many Gmail addresses and exported zero addresses. And they claim that users don’t own that data, which is a totally specious claim. It’s completely unreasonable," said Page.

"One day you can import all of your Gmail contacts into Facebook and the next day try to export those out and they would not let you do that. It’s clearly for competitive reasons that they do that."

For a comparison between the projected ethics and heart of Facebook, Mark Zuckerberg delivered his own manifesto in the company's first SEC filing this February.

Yet Page is still clinging to the Don’t be Evil theme.

“We have always believed that it’s possible to make money without being evil,” he wrote.

Defending its transparency, Page said that Google “take pains to make sure that users know when something is paid for, and we work hard to make these advertisements relevant for users.”

“Better ads are better for everyone—better information or offers for users, growth for businesses, and increased revenue for publishers to fund better content.”

This way of doing business is at the core of the company since what benefits Google ultimately improves the lives of others, according to Page.

“At the heart of our business model has always been the belief that we’re better off if we can create a larger pie for our partners.”