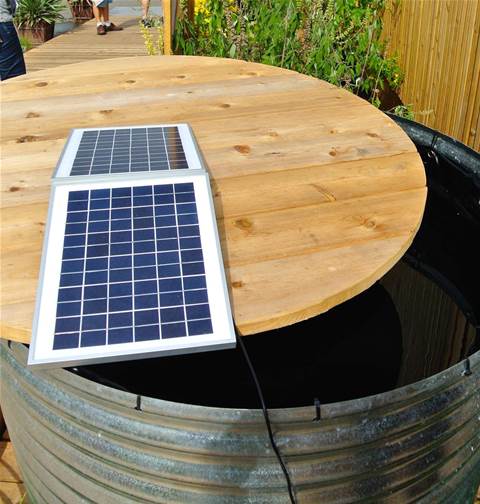 Origin Energy is set to trial a peer-to-peer energy trading platform that makes use of blockchain distributed ledger technology.

The trial, between Origin and Australian blockchain energy market provider Power Ledger, will begin in October and run for three months.

It will see Power Ledger use anonymised Origin consumer data to prove the accuracy and security of its trading platform.

At present, if an electricity consumer also owns a solar panel they can sell their electricity back to an energy retailer for somewhere between 5 to 7 cents per kilowatt-hour, Power Ledger managing director David Martin told iTnews

It is then on-sold by their retailer to other energy consumers for around 28 or 29 cents.

What peer-to-peer energy trading will enable – if approved by regulators –  is for the owners of solar panels to offer their excess electricity at a much cheaper rate to their neighbours, thereby reducing their own power bill and that of their neighbours.

While the process of Australians putting excess electricity back into the grid via solar or other means is already occurring in Australia, current regulations prevent the power from being sold back to consumers by other consumers.

While no electricity trading between customers will occur during the three-month trial, Martin said the trial was aimed at demonstrating to Origin, regulators, and consumers the savings from using peer-to-peer energy trading.

“The blockchain provides that settlement and reconciliation process," he said.

"It allows us to complete the financial transaction on the basis of a physical transaction of energy which takes place, and allows consumers who haven’t been able to invest in rooftop photovoltaic for various reasons to purchase my excess photovoltaic energy.

"The cost of the energy is reduced because you don’t have enormous transfer costs. You’re not wheeling it [in] from hundreds of kilometres away - you’re buying it off your next door neighbour."

Origin executive general manager of future energy, Tony Lucas, said in a statement that the Blockchain trial reflected Origin’s commitment to rapidly exploring and trialling a range of emerging technologies.

“While it’s still fairly early days for this technology, we are keen to explore the potential benefits that peer-to- peer energy trading could offer our customers,” Lucas said.

The trial comes as more and more consumers go off-grid due to solar power and energy storage technologies like Tesla’s Powerwall.

The trend is pushing up power prices for those who remain on traditional coal- or gas-powered electricity grids.

“What we are seeing, particularly in Australia at the moment with high penetration of solar photovoltaic systems is that consumers are using, probably on average, about half of the energy that they generate,” Martin said.

“The rest of it is stored back into the grid.”

Because of this, he said there was an increasing incentive for consumers to stick a battery behind their meter or in their carport and consume all of their own generated energy and disappear from the grid entirely, rather than stay connected and share their energy.

“What that causes is a dynamic which the industry refers to as the ‘death spiral’,” he said.

“So as more consumers get off the network, it becomes more expensive for those who are left on it because of the fixed cost of providing that service.

"It then pushes the price of the electricity up, which incentivises more of them to get off the network.

“So you get this dynamic where consumers are actually incentivised to go their own way rather than maintain a connection to the network and share the benefits of lower volumes of capacity installed and basically share what’s there.”