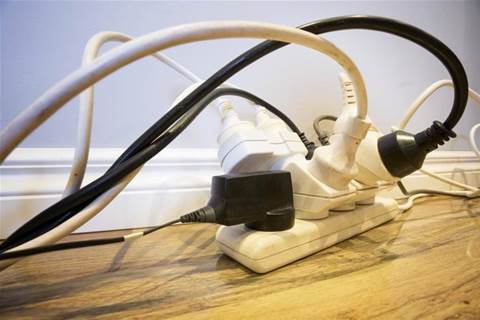 Energy retailer Origin Energy says an experimental bot that shunts electrical demand around to different parts of the day to iron out nasty price and spikes has been so successful in Adelaide it will now take the AI-based software solution national.

Based on the product of British cloud-based software start-up Tempus Energy, Origin says it successfully shunted around 200MWh of its 6000 MWhH capacity through large consumers in Adelaide using the peak-avoiding bot, enough to let it loose across the rest of the grid.

Lumpy demand, especially from energy-intensive industries, has been a known price booster for electricity as bigger corporate consumers compete with the likes of aluminium smelters or brewers for power at peak times.

“During the trial, we saw the Tempus algorithms drive a shift of customer’s usual load to a different time of day in response to predicted high price periods,”  Origin executive general manager energy supply and operations, Greg Jarvis, said.

Large Origin customers including Adelaide Oval and Adelaide University flicked the switch on the algorithmic power trials in South Australia in October 2017 and ran them for a full year to gauge the effects.

Origin's core sell to power customers to take-up the software is that they won’t get burned by bills.

“Expanding this trial nationally is just one way we are helping our customers find smarter ways to improve how they use energy – and find savings,” Jarvis said.

But it also provides a much needed potential circuit breaker from the threat of direct government intervention on highly politicised power prices that could disrupt profitability and funds for infrastructure investment and maintenance.

The Coalition government has made a point of vociferously championing ‘dispatchable’ power – better known as grunt-on-tap – as a means to keep a lid on prices during demand spikes.

However the concept that has jaded suppliers weary of the internecine politics of energy, as well as the high cost of new coal infrastructure, because of high running and input costs for fuels like gas and coal.

While load and demand balancing software like Tempus cuts out the spikes in demand and places downward pressure on process, retailers like Origin ultimately win because they can recoup margin from less expensive generation methods.

Tempus is plugging directly into that supply-side equation to talk up its smarts.

“We’re delighted with the results achieved in South Australia for Origin’s customers and to be continuing our partnership with Origin to roll-out this trial nationally,” said Tempus Energy founder and CEO Sara Bell said.

“Results like these provide a real signal that the Tempus software can play an important role in helping customers reduce cost and help balance the grid.”

It also provides a clear market signal generators and retailers are increasingly unwilling to be drawn into backing politically engineered solutions based on factional expediency rather than actual network dynamics.

Whether AI can smooth out the bumps arising from Canberra’s own power struggles over energy generation is yet to be seen.