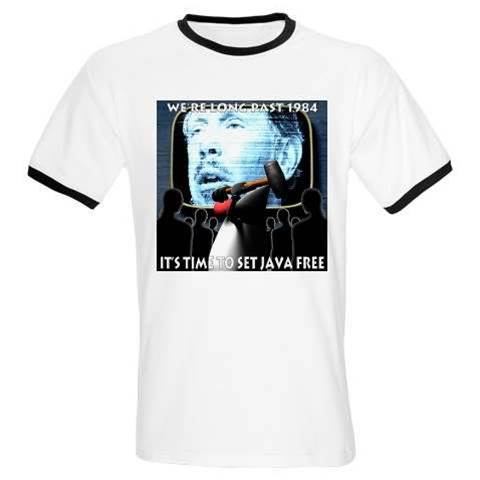 James Gosling, credited as the founder of Oracle's Sun-inherited Java platform, was given the cold shoulder by Oracle staff at its recent JavaOne conference.

"JavaOne attendees were friendly and chatty. OpenWorld attendees were confused. Oracle employees behaved like there was an invisible force field around me: they did their best to keep their distance," Gosling wrote on his blog.

Gosling admitted he had swaggered through the hall in an "obnoxious t-shirt" emblazoned with a message "We're long past 1984. It's time to set Java free" set on an image of Oracle boss Larry Ellison.

While some staff remained faithful to Ellison, according to Gosling, there were dissenters who questioned the company's values since hiring former HP CEO Mark Hurd who was asked to step down for doctoring expense reports.

"One of the formerly Sun, now Oracle, folks asked roughly "Larry hired Hurd, saying that fudging his expense report wasn't grounds for dismissal; does that mean that all Oracle employees now have permission to fudge their expense reports?".

According to Gosling, HP staff were chuffed that "cost-cutting" Hurd was now with Oracle.

"He [Hurd] discontinued the coffee service, but he didn't just set the coffee supply budget to zero: plumbers actually came out and removed the coffee machines and the plumbing to them (which had to be expensive)."

Gosling, who quit shortly after Oracle acquired Sun, has been a vocal critic of Oracle's handling of Java since its $US7.4 billion deal last year.

Earlier this month Oracle had moved to allay criticisms of its approach to open-source.