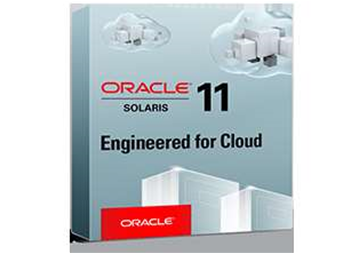 A complete OpenStack infrastructure as a service distribution has been folded into the latest beta of Oracle's Solaris UNIX-like operating system, released today.

The beta version of Solaris 11.2 runs on both Intel/AMD x86 class processors and Oracle's SPARC chips. It includes the integration of OpenStack modules such as Nova Compute, Horizon Dashboard, Cinder Block Storage and Neutron Network.

Other new features and improvements in Solaris 11.2 beta include:

Oracle hopes to win over enterprise customers looking to deploy private clouds through the inclusion of OpenStack and virtualisation features such as a built-in hypervisor with no overhead, and application drive software defined networking with distributed virtual switches and clustering.

Oracle, whose chief executive Larry Ellison famously wrote off the cloud computing concept a few years ago, has changed tack on the notion and joined OpenStack in December last year as a corporate sponsor.

Solaris 11.x can be downloaded for free with virtual machine templates available for VirtualBox and x86 and SPARC versions of Oracle VM.