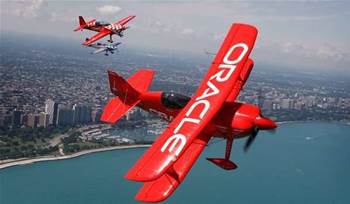 Oracle is pursuing US$2.6 billion in damages from Google for alleged Java patent infringements, not the US$1.4 billion to US$6.1 billion alleged by Google.

The fixed figure was based on a report by Oracle’s expert witness for the case, Boston University economics Professor Iain Cockburn, Oracle revealed in a court filing lodged this week.

Oracle's submission countered Google’s Daubert motion, filed a fortnight ago, which asked the court to dismiss the professor and his estimated damages calculation.

At the time of Google’s filing Oracle had only confirmed the figure was in the “billions”.

Cockburn’s damages calculation amounted to around US$200 million per year over more than ten years, compared to the billions Google is expected to earn from Android, Oracle’s legal team argued.

Google’s upper limit figures “misconstrued” Cockburn’s report by inflating the damages he had calculated for Java’s fragmentation, according to Oracle.

While it was important in Cockburn’s overall analysis, Oracle pointed out he valued it at zero in the report.

Also, royalties to Oracle should be paid through to 2021, rather than 2018 to 2025 date range Google had claimed in its motion.

Another sticking point is whether Google’s revenues from international sales or only US sales should be included in damages, according to open source intellectual property expert, Florian Mueller, who posted Oracle's opposition to Google's Daubert submission.

Oracle has claimed that up to 88 percent of Cockburn’s damages estimate would be excluded if international revenues were discounted,