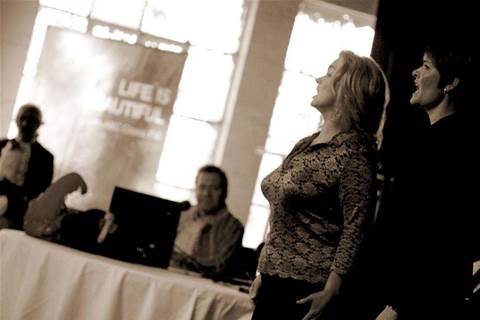 Opera Software has released a beta version of Opera 10, the next version of its cross-platform browser, adding a mode to speed browsing over slower internet connections.

Available to download now for Windows, Mac and Linux users, the Opera 10 beta includes a new Turbo feature that the company claims can deliver a broadband experience even on a dial-up connection.

Pages are compressed by routing web requests through a proxy server controlled by Opera, a technique already used in the firm's Opera Mini browser for smartphones.

However, the proxy server is only used when Opera Turbo is enabled. The browser has an automatic detect capability that prompts the user with a pop-up when it notices slow speeds, according to the firm.

Opera chief executive Jon von Tetzchner said that Opera 10 will "redefine how you can enjoy the web", and promised "more surprises on the way". The full release version of Opera 10 is due later this year.

Other enhancements include user interface tweaks. Opera was one of the pioneers of tabbed browsing, and this beta adds a resizable tab bar that can be enlarged to reveal thumbnails of all open web pages.

The Speed Dial feature has now been made customisable, so that users can select what they want to see by default when they open a new tab. Previously, Speed Dial showed thumbnail shortcuts to the user's most popular sites.

Opera's in-line spell-checker now supports 51 languages, and an automatic update feature has been added which, like Windows Update, can be set to notify the user or download updates automatically.

Got a news tip for our journalists? Share it with us anonymously here.
Copyright ©v3.co.uk
Tags:
beta browsing opera software speed turbo user