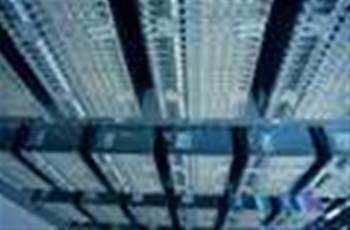 Open source databases can save enterprises up to 60 percent over proprietary products, according to data collected by Forrester Research.

Noel Yuhanna, a senior analyst at Forrester covering database management systems, estimated that average savings on the total cost of ownership are about 50 percent. The data is based on surveys and customer interviews.

Open source databases such as Enterprise DB, Ingres and MySQL do not carry licence fees, and management tools tend to be less expensive than for proprietary databases from Oracle, Microsoft and IBM.

Open source offerings especially outshine their proprietary competitors in low-end applications with databases of less than 200GB in size.

"Eighty per cent of the applications typically use only 30 percent of the features found in commercial databases," Yuhanna told vnunet.com. "The open source databases deliver those features today."

But the open source databases generally lack the features for mission critical applications, trailing behind their proprietary peers in security, uptime, performance and features such as XML support.

Enterprise applications from Oracle and SAP also do not support open source databases today, but Yuhanna expects that to change "within a couple of years".

Open source database vendors typically do not position their products as low-cost alternatives.

Dave Dargo, chief technology officer at Ingres, said earlier this year in an interview with vnunet.com that the company is looking at new ways to deliver and deploy software rather than trying to compete with Oracle on price.

But customers still consider price as the primary benefit of open source, according to Yuhanna.

"The number one reason why any customer would choose an open source database is cost. That still holds true today," he said.

But the low price is also enabling companies to set up new projects that would previously have been too expensive, such as data mining of log files and setting up data repositories.

In an attempt to fend off the competition from low-cost open source databases, Oracle launched a free database last year that is essentially a scaled down version of its enterprise grade Oracle Database 10g.

The application targets test deployments for developers and students rather than enterprises.

Got a news tip for our journalists? Share it with us anonymously here.
Copyright ©v3.co.uk
Tags:
60cheaperdatabasesopenpercentsoftwaresource