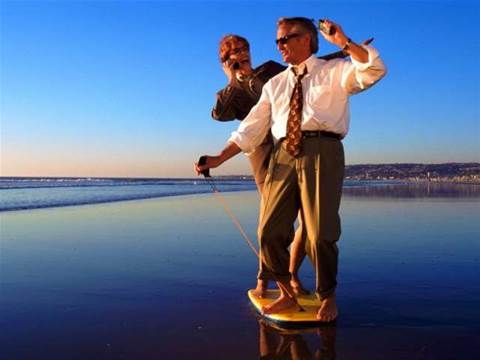 The sector attracted 28 percent of the total worldwide online population in May 2007 and recorded an average of nine visits per user, according to the latest comScore World Metrix study.

"The fact that these websites are pulling in over a quarter of the total worldwide internet population shows what a global phenomenon gaming has become, " said Bob Ivins, executive vice president and managing director of comScore Europe.

"The potential of the online gaming arena should be especially appealing for advertisers, as the average online gamer visits a gaming site nine times a month."

Both sites provide a mixture of strategy, trivia, arcade and board games, with puzzle and card games proving the most popular choices for gamers.

The fastest growing Top 10 gaming site was WildTangent Network, a US company that makes online and downloadable games, which grew by 398 percent year-on-year to attract 11.5 million unique visitors in May 2007.

The site also attracted an average 12.2 visits per visitor, notably higher than any of the other top 10 gaming properties.

In Europe, however, Yahoo proved to be the fourth most popular gaming site with 8.6 million unique visitors.

MSN Games, the second most popular gaming site in the world, was the most visited site in Europe.

MSN Games was also more consistent in global geographical take-up, emerging as either the most or the second-most popular site in every geographical location.
Got a news tip for our journalists? Share it with us anonymously here.
Copyright ©v3.co.uk
Tags:
four gaming in one sites surfers telco/isp visits