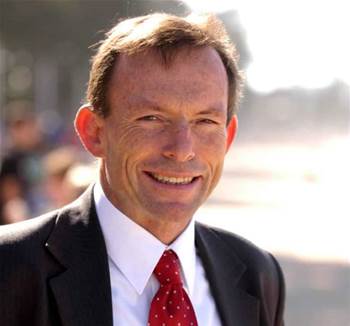 Liberal message getting through?

Australian voters aged over 55 "strongly favoured" the Government either scrapping or postponing the National Broadband Network to fund reconstruction efforts in flood-ravaged Queensland, according to a new poll.

About 40 percent of this age group were said to favour broadband funding cuts to pay for flood damage, according to the Essential Media poll [pdf] – first reported by the Daily Telegraph.

However, when looked at as a whole, the poll found voters fairly evenly split on how they thought the multi-billion dollar damage bill should be paid.

"Overall, there was no clearly preferred means of funding the flood damage," the report's authors noted.

There were three key options that voters appeared stuck on.

About 28 percent of the "1,000-plus" respondents indicated that scrapping or postponing NBN spending would be the best way to pay for the flood damage.

Just under a quarter of respondents said they would prefer the Government postpone returning the budget to surplus, while 22 percent threw their support behind the Gillard Government's one-off flood levy.

Labor voters were most likely to back the levy idea (42 percent) while Liberal or National voters overwhelmingly backed the Tony Abbott [pictured] proposal to delay or scrap NBN funding.

Greens voters were most keen on delaying the return to surplus.