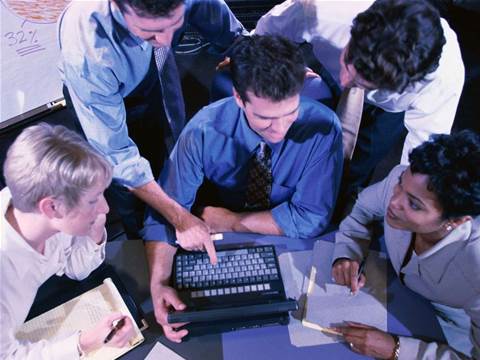 A third of staff have admitted to watching pornography on their computer in the office, while more than a half claimed to have been drunk at work.

A third of staff have admitted to watching pornography on their computer in the office, while more than a half claimed to have been drunk at work.

According to research by Proofpoint, staff can be irresponsible where workplace technology is concerned. Based on the responses of 400 office workers in the UK, 56 per cent admitted to having returned to work drunk from a lunchtime session, while 33 per cent of staff admit to having watched pornography on their computer in the office, though only seven per cent have been caught doing so.

Meanwhile, 54 per cent of staff admitted hitting ‘reply-all' on a company-wide email when their response was anything but ‘safe for work'. Twenty-five per cent emailed a colleague with saucy comments intended for a lover, while eight per cent have replied to spam emails.

David Stanley, UK managing director at Proofpoint, said: “The vast majority of security breaches and data losses are down to the user sat in front of the computer. People are always the weakest link and this research shows just how fallible staff can be.

“A real crossover in the digital realm between personal and professional lives means staff are increasingly relaxed in their use of workplace email and internet. Working longer hours and therefore using these technologies more to stay in touch with friends and family can only heighten the risk.”

Stanley further claimed that it was the responsibility of companies to monitor outbound emails, especially if documents are sent to a web mail address off-site, or if an ill-considered email is sent accidentally to a colleague or customer.