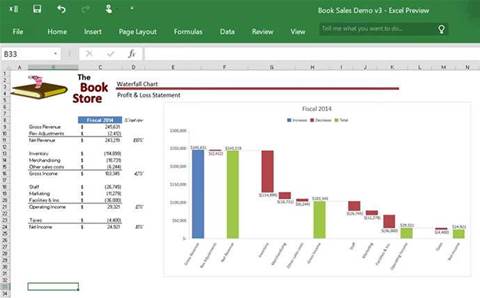 Microsoft has revealed that Office 2016 will launch in less than two weeks, hitting the streets on 22 September.

The new version will include a range of security features, including support for data loss prevention across the Office 2016 apps, multi-factor authentication and "other mission critical control capabilities", according to a blog from Julia White, general manager of Office 365 technical product management.

Security concerns will also be allayed thanks to Microsoft's new 'branches' approach to the upgrade cycle, which first went live with Windows 10 and sees consumer and business users receive the latest versions separately.

Most consumers sit on the current branch, the first group to get updated. Next comes the current branch for business, which gets three cumulative feature updates per year as well as monthly security updates, satisfying the needs of typically conservative enterprise customers that hold off before taking the plunge with a new version.

The current branch of Office 2016 goes live on 22 September. Users on the Office 365 ProPlus plan will automatically get access to the new features and functionality.

The current branch for business will roll out in February 2016, with effectively the same features set but with "four additional months of security updates also included".

Office 365 Personal and Office 365 Home users will be able to download individual apps on 22 September, with automatic updates to start rolling out in October.

Users on volume licences will be able to download the new version from the Volume Licensing Service Centre on 1 October.

Office 2016 has been in preview since the Chicago leg of the Ignite conference in May.

Many of the new features have already been unviled, including a major overhaul of Outlook, with a new way to work with attachments and sharing cloud files. Outlook 2016 also brings the new clutter feature, an automated way to fight back against email overload.

Across the Office suite, the new 'Tell Me' box gives users quick access to help on making better use of Office 2016, while Microsoft will introduce a new presentation app Sway, an alternative to PowerPoint.

In her blog, White explained that Microsoft had "addressed a number of the other top IT requests in Office 365 ProPlus, including deployment support for Background Intelligent Transfer Service (BITS) to help control network traffic when deploying updates".

The vendor also announced a new IT and developer-focused event series, the Microsoft Cloud Roadshow. It will take in 12 stops worldwide, though Australia is not on the list (the closest leg will be Singapore on 7-8 December).

Got a news tip for our journalists? Share it with us anonymously here.
Copyright © CRN Australia. All rights reserved.
Tags:
microsoft office office 2016 productivity software
By Steven Kiernan
Sep 11 2015
6:46AM