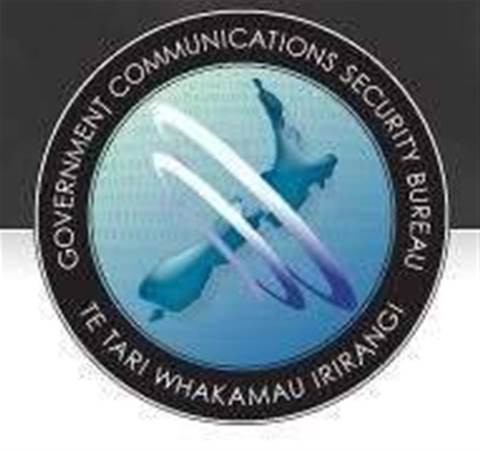 The Government Communications Security Bureau or GCSB is responsible for eavesdropping on communications in the Pacific and New Zealand as part of the "Five Eyes" or AUSCANNZUKUS agreement, and cooperates with the UK's General Communications Headquarters (GCHQ) and the National Security Agency (NSA) of the United States.

Whereas other government sites are run by the State Services Commission, the gcsb.co.nz website is hosted by NZ commercial provider Discountdomains.

However, as there were no websites configured on either IP address, an error message was displayed instead to visitors. 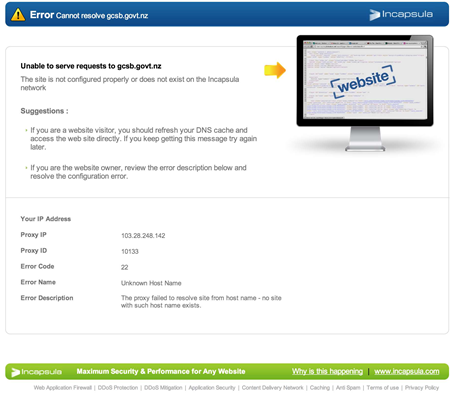 A spokesperson for GCSB confirmed the outage to iTnews but would only say "an internal issue" caused it.

"The site is hosted in New Zealand, but cached on servers in other parts of the world to provide more durable availability. It's a normal web security precaution." [See update].

GCSB was found to have illegally spied on Dotcom and other NZ citizens and residents in an official inquiry.

Dotcom is currently awaiting a postponed hearing in March 2014 to decide if he and three other associates of his Megaupload file sharing site will be extradited to the United States to face charges of secondary copyright infringement.

Update: The GCSB has corrected information it previously provided to iTnews, saying the GCSB website is not cached overseas.

A spokesperson said the site and its content is hosted in New Zealand, and GCSB uses Incapsula as reverse proxy provider.