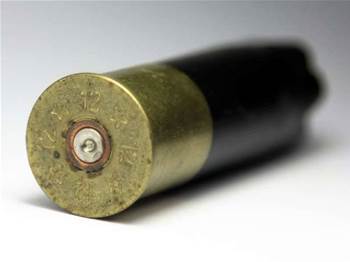 Yesterday's data breach of the firearms registry set up by the New Zealand government leaked highly sensitive information such as gunowners' names and addresses, an audit by the NZ Police's technology vendor SAP showed.

The incident occurred after SAP upgraded the registry system without authorisation from the NZ Police, and accidentally gave 66 arms dealers higher access rights than what they should have had.

An update from NZ Police on Tuesday confirmed that only one dealer logged into the system when the permissions were set incorrectly, but that person accessed the names and addresses of just under 500 people.

Police were made aware of the privacy breach of highly sensitive information that could be used to locate firearms owners by the dealer who accessed the information.

People worried about the security of their firearms can call a freephone number (0800 311 311) in New Zealand and discuss with police staffers on how to hand over their weapons.

Deputy Commissioner Mike Clement said that a claim from the Council of Licensed Firearms Owners (COLFO) that another 19 people have accessed the registry has not been substantiated.

“We have requested this information from COLFO leaders to enable us to establish the facts.

Nothing has been provided to date, but Police continues to liaise with COLFO,” Clement said.

SAP yesterday apologised unreservedly to the Police for causing the privacy breach with the registry that was set up after 51 people died and 49 were injured in New Zealand's deadliest ever mass shooting in Christchurch this year.