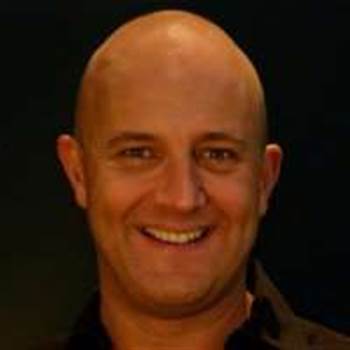 Nine months into the role, NSW Health’s inaugural chief clinical information officer Dr John Lambert is still coming to grips with the scale of the the job.

Lambert moved to Sydney from the western NSW town of Orange, where he headed the intensive care wing of a regional hospital, to take up the new role after the restructure of NSW Health's IT functions mid last year.

Intensive care has nothing on the health bureaucracy when it comes to daunting challenges, he told iTnews at HISA’s Sydney telehealth conference last week.

He likened working alongise eHealth NSW chief executive Michael Walsh at the helm of the organisation to “extreme skiing”.

“It feels like I have been in this role for two weeks,” he said.

Dr Lambert is charged with championing clinical needs in the decision making process at eHealth NSW.

In his time so far, this has meant advocating for network infrastructure upgrades and ubiquitous wi-fi as a priority across the NSW public health system.

Last week's telehealth conference heard over and over that the single greatest obstruction to getting telehealth right - especially in rural areas - was reliable internet connectivity.

“Every one of our clinical programs requires a really good network because of the bandwidth and the performance required to operate these applications, and also a wi-fi network in every facility,” Lambert said.

“We don’t have this right across NSW yet.”

Lambert lists one of his proudest achievements so far as the integration of Sydney’s St Vincent’s Hospital, one of the busiest facilities in the state, into the NSW Health IT footprint.

As a ‘schedule three’ or privately run hospital, St Vincent’s has its own set of standards and systems, and its clinicians and their activities are therefore left out of the public health network's new StaffLink HR system, despite the fact that many may work in neighbouring publicly-run facilities every second day.

This sort of diversity and devolution in the state’s health system creates some of the biggest hurdles, Lambert said.

“There are few structures and organisations that are quite as uniquely complex as we are in NSW Health, despite the fact that we might not be that big in an international context,” he said.

“And that is just full eMRs, not counting the several hundred other systems that store clinical data."

Simply building and integrating the eMRs is a big job in itself.

The eHealth NSW team, which used to sit inside HealthShare NSW, has built an enterprise service bus to transmit information from all the eMRs and all the hospital imaging systems to and from a central clinical data repository.

This functionality now needs to be spread fully and evenly right across the state’s 220 public hospitals and 15 local health districts.

“This means getting similar functionality into the Orion eMR as we have in the Hunter and the Cerner eMR in Sydney,” Lambert said.

“There isn’t a lot of control I have over DeLacy but we are trying to build on that.

“It is quite amazing what we have built in the eMR but much of it is not available to all of the end users yet.”

Lambert summarised his first nine months as being occupied with “doing what we were already doing, but better and in more places".

“Most of my time is focused on getting what we were already doing to completeness and where it needs to be.”