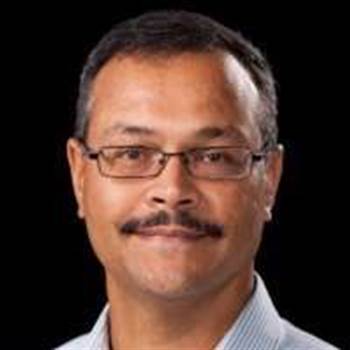 The architect of NSW’s game-changing data centre transformation, Pedro Harris, will leave the public service at the end of next month after five years working at the heart of the state’s IT renewal.

His legacy is some 18MW of data centre capacity split between two shiny facilities in Sydney’s Silverwater and Unanderra in the Illawarra, which replaced an ad-hoc network of 130 server rooms the state relied on for decades.

Harris will be familiar to many in the state after collecting what he described as “a stack of business cards of something like 1500” through his many business meetings advocating for the state’s new infrastructure approach.

His departure will give Harris - who already holds a PhD in business administration from Charles Sturt University - time to work on his ongoing research into data slums at the University of Technology Sydney.

“I achieved everything I set out to achieve, and probably a bit more,” he told iTnews.

He said he was particularly proud of OneGov, the public service’s new identity architecture and digital marketplace.

He has watched the OneGov platform “come from a government backwater to become a serious delivery solution” and win a number of industry awards.

Harris' other legacy, the GovDC project, has been recognised as “more than a real estate play” with the coming of age of the GovDC marketplace, he said. The marketplace is a catalogue of on-demand services that can now be accessed by agencies within the state's own security envelope.

“It is a great loss to us,” Hoffman said.

“Pedro has been the father of the GovDC program, and the way that has moved on to the digital community and the marketplace.

“He has had a very distinguished career in the government both in line agencies and the centre for a number of years. I am sure he will continue to make a great contribution to the state, the nation, and the ICT industry.”

Harris’ public service career has also included stints in CIO and delivery roles within agencies like the Land and Property Information office and the NSW Police, where he played a large role in building its computerised operational policing system (COPS) back in the 1990s.