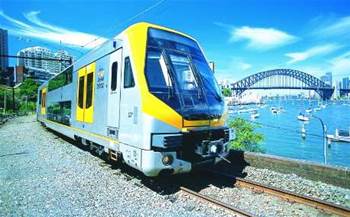 Executives from Transport for NSW have been grilled over climbing costs and delays to its mammoth business systems overhaul, which have seen the project extend into 2017 and millions over budget.

Transport first detailed its plans to consolidate the portfolio's multitude of ERP systems into one SAP solution in 2012. The ERP project, alongside an enterprise asset management overhaul that started this past March, was given $151 million to be spent between 2012 and 2016.

But two years later, the state's auditor-general revealed the ERP project would likely be set back by more than a year beyond its original December 2015 deadline following issues with project teams and scope changes.

The audit office warned the agency needed to pay as much attention to the business transformation as it had to the technical elements of the overhaul.

However, in this year's NSW state budget, the state government quietly revealed the ERP/EAM project had already hit $163 million, and allocated it a further $22.8 million to get finished.

Further, in its annual financial audit of the Transport cluster, tabled to parliament last November [pdf], the NSW audit office put the total estimated cost of the project at $196 million.

Transport executives today declined to clarify the discrepancy or provide a total estimated cost for the overhaul.

Reardon and Transport Minister Andrew Constance also evaded questions on why a number of contracts awarded for the project had been extended in length and, in some cases, had more than doubled in value.

An ERP and EAM systems integration contract awarded to Deloitte, initially intended to run from December 2013 to December 2016, has been extended until January 2017. It has also grown from $70.4 million to $148 million.

Deloitte was also awarded a further $18 million contract for Roads and Maritime Services systems integration specifically that runs for three months up until September, part of which has been subcontracted out to Presence of IT.

A data migration contract given to BackOffice Associates has also grown from $12.8 million to $29.8 million.

Constance and the department executives said they would take all questions regarding the highlighted contracts on notice.

"We had a massive task ahead of us in terms of us upgrading and consolidating separate IT networks across 25,000 staff working at hundreds of locations around the state," Constance said.

The SAP ERP solution has so far been delivered to Transport for NSW and Roads and Maritime Services. It will make its way to Sydney Trains and NSW Trains over the next six months.

The department attributed the six-month delay to interdepencies between the EAM and ERP projects.

"[Sydney Trains and NSW Trains] have a range of ICT they are rolling out right at this point in time to modernise how they go about work across the technology spectrum in enterprise asset management and ERP as per the rest of the cluster," Reardon told the estimates committee, but declined to provide more detail.