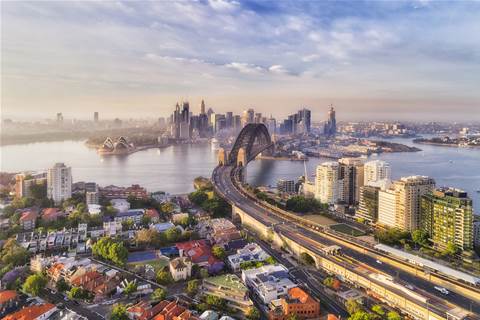 New portfolio to create opportunities for research to flourish.

The NSW government will create a new ministerial role to position the state as a leading R&D economy, as part of an upcoming cabinet reshuffle.

Premier Dominic Perrottet revealed the planned cabinet role, as well as a new Department of Enterprise and Investment, while outlining his future ambitions for Sydney on Thursday.

“We will establish a new Department of Enterprise and Investment,” he said delivering the Bradfield Oration.

“And within that department I will appoint a Minister for Science, Innovation and Technology – to channel our home-grown research into economic opportunities for the future.”

The new enterprise and investment portfolio will build on the government's action plan to accelerate R&D released in January.

Perrottet said that while research is one of the state’s “hidden superpowers”, the pandemic had highlighted the need to “cement Sydney’s reputation as the smart city down under”.

“NSW is home to some of the world’s leading universities and research institutes,” he said on Thursday.

“But too frequently we see our home-grown ideas falter or flee elsewhere for lack of local support.”

But Perrottet said this was changing with precincts like Tech Central, which he described as an example of the “right infrastructure and eco-systems to grow”.

Tech Central is predicted to bring up to 25,000 jobs to NSW over time, with Atlassian recently approved as an anchor tenant.

Perrottet also used his Bradfield Oration to reveal plans to appoint a new commissioner to identify local research and ideas that can be turned into manufacturing opportunities.

The Modern Manufacturing Commissioner will be supported by a taskforce headed up by Venues NSW chairman Tony Shepherd.