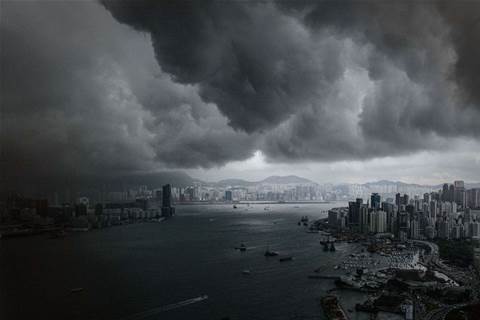 UK software vendor Tribal has been forced to downgrade its 2015 profit forecasts and is threatening to pull out of the London Stock Exchange following a tough year it blamed largely on its dealings with the NSW and Queensland governments.

Tribal’s student management solution underpins one of the core modules of the troubled learning management and business reform (LMBR) program, which aims to upgrade the core technology supporting the administration of all NSW’s TAFEs and public schools.

In 2012, Tribal signed a $26 million deal with the state education department that has since reached $67 million.

Tribal’s student administration and learning management (SALM) solution has been rolled out to 138 NSW TAFE campuses under the $579 million LMBR. The contract will eventually see it installed in the state’s 2200 schools.

But major delays to the LMBR rollout schedule have impacted the vendor and are starting to affect its cash flow and debt status.

Late last year, Tribal Group told the London Stock Exchange that a series of customer project milestones had been missed, which deferred cash receipts by the agency and put it at risk of a loan default.

Chairman Richard Last was at pains to point out the delays were “not wholly within the company’s control” but nevertheless meant it would not make its profit forecasts for the year ending 31 December 2015.

The company may also de-list from the London Stock Exchange and move to the lower cost AIM market, aimed smaller business and start-ups.

A default was very narrowly averted just before Christmas when Tribal convinced its lenders to waive their obligations until the first quarter of 2016, when the company is planning a rights issue worth £35 million (A$73 million) to repair its cash flow problems.

In its advice to investors, Tribal put the LMBR at the heart of its cashflow woes.

Tribal renegotiated its expired deal with the NSW Department of Education mid last year, extending it out to 2017 in a revised contract finalised in October.

But while the parties were working out the new terms of the deal, work stalled, and key project milestones triggering payments to the software provider were pushed back.

“During this time we kept our delivery team intact, despite much reduced revenues during that period, in order that we would be well placed to continue to deliver and support the program after the renegotiation,” Tribal advised the LSE.

It complained that “significant cash receipts associated with our historical delivery remain outstanding and it is uncertain whether these will be received before the end of our financial year”.

A spokesman for the NSW Department of Education, however, refuted any suggestion the department had been tardy paying its bills.

“All invoices due for work already completed by Tribal for TAFE NSW have been paid,” the agency said. It refused to comment further on Tribal’s financial situation.

Not so bright in the sunshine state

Tribal is also facing trouble in Queensland, where it has similarly been signed to deliver student management systems to the sunshine state’s 48 TAFE campuses.

But the state has reportedly changed the goalposts for the software overhaul.

“Our invoicing schedule on this program is linked to milestones which have not yet been met due to the changes in the customer’s timeline, and as a result we also now expect significant anticipated cash receipts to be deferred until 2016,” Tribal said. It is expecting to resume “contractual certainty” in 2016.

Tribal is not the first and won’t be the last IT supplier to be hit with unanticipated consequences of signing a customer whose project turns messy.

IBM is still tied up in the courts over its payroll contract with Queensland Health, some five years after the system it built went live.

In South Australia, Global Health has taken the government to court in an effort to get 12 of the state's public hospitals to stop using a 1980s version of its software.

It claims it has been forced to run a duplicate team of developers in Australia just to keep the product running for its only remaining user.

Gartner’s Neil McMurchy told iTnews these sorts of cases sent a clear message that due diligence needs to be done on customers ahead of committing to a big deal, just as is done on vendors.

“Perhaps it is worthwhile for vendors to start making a tougher assessment of whether a client can actually implement its plans,” McMurchy said.

“They should look for an evaluation process that is focused on how the project is going to be delivered rather than just the functionality of the technology product, plus buy in from executives, clear strategic intent, clear accountability for the project’s success and details of change management processes."

“Having a reputation as a bad customer can have a number of knock-on effects, like fewer bids for contracts and higher prices as bidders budget in risks. The market will make a commercial assessment of what it will cost them to take on that risk," Noonan said.

“There is some business that is simply not worth bidding for."