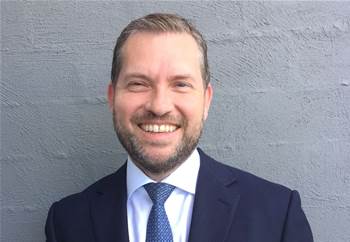 Rees will take on the most senior, and the most visible, technology role in the state government, with a direct line of accountability to Department of Finance boss Martin Hoffman and almost certainly the ear of tech ministers Dominic Perrottet and Victor Dominello.

He will be given unprecedented power to greenlight major IT projects across the state’s public sector agencies, and maintain a watchdog role over their progress towards budgets, deadlines and promised outcomes.

Rees becomes the first dedicated central tech chief in NSW since the Labor government lost power, and the incoming Coalition bundled government CIO functions into the remit of the Finance secretary.

Rees hails from some of Australia’s biggest organisations, with stints as acting CIO at Woolworths, and head of integrated delivery at Westpac rounding out his CV.

During his time at Woolworths, Rees played an integral role with the retailer's Project Leap, which re-imagined the desktop experience in a mobile world and led the retailer to look at moving more of its systems into cloud and hosted arrangements.

Announcing the hunt for candidates earlier this year, Hoffman said he was looking for someone with “gravitas” and who has the “runs on the board, and the scars on the back” to lend a high profile to the position.

".. so it’s exciting to have someone of his calibre to drive the government’s digital agenda," Perrottet said in a statement.

“The GCIDO will be responsible for enforcing high standards of financial discipline on large-scale ICT projects across government. Damon will also play a critical role in accelerating the digitisation of government services,” he said.

Rees will commence on 30 May.