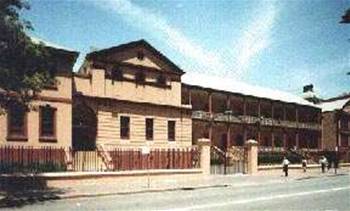 The NSW Government has named Laurie Glanfield, the director-general of the Attorney General’s department, as the state's new CIO after current IT head Michael Coutts-Trotter was moved to a new role.

The role of state chief information officer was incorporated into the DFS director-general position in 2011, as part of IT governance reforms introduced by the new Coalition government.

DFS has responsibility for leading whole-of-government ICT strategy in NSW.

Coutts-Trotter takes up a role left vacant after former FACS head Jim Moore was stood aside after being arrested on alleged domestic assault charges last month.

Glanfield will assume his new role as NSW Government chief information officer and director-general of the Department of Finance and Services on 29 July.

A stalwart of the NSW public service, Glanfield has headed the Department of Justice and Attorney-General since 1991.

He today said he was honored to have been chosen and is "looking forward to the challenges" the role represents.

Coutts-Trotter will start as the director-general of FACS at the end of the month.

Addressing the annual summit of the NSW Institute of Public Affairs Australia today, he gave what he called his "swan song" as GCIO and said he had enjoyed being able to tell people at dinner parties he was the NSW CIO.

"I just want to thank all of the people in my own agency and especially in other agencies who chose to be generous with their work in putting the ICT Strategy together and helping to make it happen," he said.

He nominated the recruitment of his IT right-hand man, executive director of strategic policy William Murphy, and his team as the greatest legacy he felt he would leave to ICT in the state's public sector.

"In jobs like mine you're only as good as your ability to attract and retain people who are brilliant," he said.

He also highlighted the forward-thinking of Mark Paterson and David Kennedy at the Department of Trade and Investment, Regional Infrastructure and Services in the roll-out off cloud computing across the agency as an example of the public service deploying "tomorrow's logic" in ICT solutions.

Coutts-Trotter oversaw the development and release of the State's ICT Strategy in May 2012, which led the push towards cloud-based solutions, including a series of agency-based cloud trials currently underway.

He said the success and sustainability of the strategy was dependent on government staff making the connection between its goals and their jobs.

"That is going to be the be-all and end-all."

One of the first tasks on his agenda at FACS will be planning for and negotiating the dissolution of the cluster's shared services unit Businesslink.

Coutts-Trotter has also previously headed up the NSW Department of Education and Training, and the Department of Finance and Services' prior incarnation as the Commerce Department.